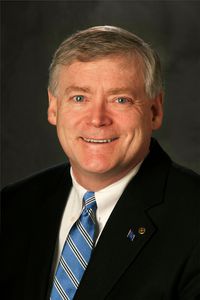 Mead Treadwell served as the 11th Lieutenant Governor of Alaska from 2010 to 2014.  He was appointed to the Compact for a Balanced Budget Commission by Alaska Governor Sean Parnell in 2014 and now serves as Chair.   He is a former Chair of the U.S. Arctic Research Commission and was Deputy Commissioner of the Alaska Department of Environmental Conservation where he helped draft and implement state and federal oil spill prevention legislation after the 1989 Exxon Valdez disaster.  In business, Mead is President of PT Capital, an Arctic-focused private equity firm investing in Alaska, Canada, Greenland and Iceland.  Treadwell helped the US develop its Arctic policies and chairs the Arctic Circle’s Task Force on Shipping and Ports.  He is a frequent speaker on Arctic policy around the world.

After the global “surprise” of a Covid pandemic, it is vital to prepare for events once thought unthinkable. Unchecked, America…