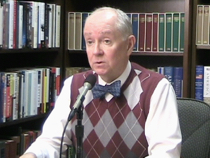 The 2016 election season is already shaping up to be a fascinating battle of ideas in our state. Carolina Journal Managing Editor Rick Henderson assesses the potential Lt. Gov. rematch between Democrat Linda Coleman and Republican Lt. Gov. Dan Forest. He also analyzes the latest polling data on Gov. McCrory and his prospects for re-election.  Speaking of the governor, one of the top issues for the McCrory administration and state legislators this year is whether North Carolina should expand its Medicaid program. Dr. David Stein, co-founder of IFC Pediatrics, the second-largest Medicaid provider in Alamance County, offers a physician’s perspective on the issue. Next we look at an age-old debate. North Carolina elects its judges in nonpartisan races. The N.C. Courts Commission recently discussed whether that system makes sense moving forward. Some commission members would like to see party labels return to the election ballot. Others would like to see elections replaced with an appointment system. You’ll hear highlights from their discussion. That’s followed by a look at how history is taught in our country. Students can learn a great deal about American history through careful study of original historical documents. Roger Beckett, executive director of the Ashbrook Center at Ashland University, is making a push for increased reliance on original documents in history classes. He explains why. And finally, we look at the fate of North Carolina’s Opportunity Scholarship program, which is in the hands of the state Supreme Court. Terry Stoops, the John Locke Foundation’s Director of Research and Education Studies, analyzes arguments made by critics and supporters, and answers the question of why entrenched education interests are so opposed to giving vouchers to low-income families.