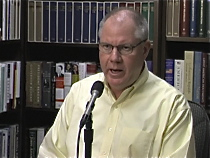 The state Board of Elections has fined the Beverly Perdue campaign $30,000 for failing to report as campaign donations, as required by law, some flights she took while campaigning for election. Carolina Journal investigative reporter Don Carrington discusses the significance of the fine, the politically charged board meeting at which the fine was imposed, and where the story goes next, including questions about the donor who gave the flights that are in question. Then we turn to the N.C. Supreme Court which, this week, will consider whether the North Carolina governor can take money from the state’s Highway Trust Fund to shore up the state’s general budget during times of economic crisis. The N.C. Institute for Constitutional Law is among the groups challenging former Gov. Mike Easley’s decision nearly a decade ago to transfer funds during a state budget crunch. The Institute’s executive director, former N.C. Supreme Court Justice Bob Orr, explains the constitutional issues at stake in the case. Then we delve further into the story of the Perdue campaign fine. Earlier in the program, Don Carrington commented on a heated exchange between Tom Fetzer, N.C. Republican Party chairman, and Marc Farinella, Democratic Gov. Beverly Perdue’s campaign spokesman. Now you’ll hear more highlights from their dispute over the details of the unreported campaign flights that led to a State Board of Elections fine for the Perdue campaign. Next, in addition to the Highway Trust Fund case, the N.C. Supreme Court will hear arguments this week in a ballot access lawsuit involving the state Libertarian and Green parties. Senior staff attorney Jason Kay of the N.C. Institute for Constitutional Law explains why an earlier court ruling raises questions about the state’s protection of constitutional rights for members of so-called “third parties.”  And finally, John Locke Foundation Director of Education Studies Terry Stoops discusses the role of online education in providing positive disruption to public education in rural North Carolina schools. He offers reasons why the approach could help students as well as teachers and administrators.