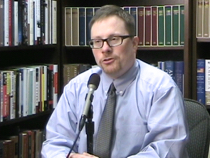 We’re used to report cards for school kids, but in North Carolina, public schools themselves are now receiving letter grades, A through F. With the first round of grades just released, John Locke Foundation Director of Research and Education Studies, Terry Stoops, discusses reaction to the grades and why the new system is a boon for parents and taxpayers. Then we turn to a look at how technology is intersecting with forces who seek to limit competition. Some local governments and state lawmakers in North Carolina have expressed interest in developing new regulations for ride-sharing services such as Uber and Lyft. Michael Lowrey, a John Locke Foundation economics and regulatory policy analyst based in Charlotte, has been following the debate over ride-sharing rules in the Queen City and statewide. He analyzes key issues in the debate. Next is a look at the new legislative session. State lawmakers should focus on freedom as they’re developing their game plan for the 2015 session. That’s the recommendation from JLF Vice President for Outreach Becki Gray. She explained why during a recent public presentation. That’s followed by a fascinating look at medical history. Recent military conflicts have reminded Americans about the problem of post-traumatic stress disorder. But PTSD is not a new phenomenon. Dr. Philip Miller practiced internal medicine and cardiology for 34 years with Wake Internal Medicine Consultants Inc. and works now as a part-time physician with the Military Entrance Processing Station. Miller delves into the now-discredited practice of treating PTSD patients with a lobotomy. And finally, we delve into the debate over whether lawmaker should re-institute the historic preservation tax credit, which ended January 1. John Locke Foundation Director of Fiscal Policy Studies, Sarah Curry, says lawmakers were correct to allow the credit to sunset. She discusses the principles of tax policy, how this particular credit has been used, the bipartisan support for bringing it back, and an alternative method for local governments that seek to encourage restoration of properties.