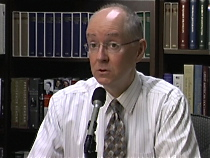 Gov. Beverly Perdue’s job approval rating has been on the rise recently, but two stories threaten to hurt the governor’s reputation. Carolina Journal Managing Editor Rick Henderson discusses the indictment of a Perdue campaign donor and an ABC11 television story about a mid-1990s FBI investigation into then-Sen. Perdue’s car accident and subsequent questions over Highway Patrol promotions. Then we turn to K-12 education.  The charter school cap has attracted headlines, but school choice advocates are pushing the new Republican-led General Assembly to pursue other changes as well. You’ll hear Dallas Woodhouse, state director of Americans for Prosperity, and House Majority Leader Paul Stam, R-Wake, discuss other school choice ideas up for consideration within the Legislative Building this year. Next is a look at the debate over reforming the health insurance and health care delivery system in this country. State lawmakers have been wading into the national health care debate, as they’ve considered a measure to exempt North Carolinians from ObamaCare’s individual health insurance mandate. You’ll hear Rep. Verla Insko, D-Orange, defend the mandate, while Rep. John Blust, R-Guilford, explains why critics are fighting it. That’s followed by a discussion about economic freedom and its role as a key ingredient of economic growth. Beaulier, a Troy University economist, outlines the conditions that must be present to guarantee the freedom that promotes growth. And finally, John Locke Foundation Director of Research and Local Government Analyst Michael Sanera reviews rail projects in North Carolina. Charlotte has a rail system and now some officials in the Triangle are moving ahead with the idea, which would be funded in part by a local sales tax. Local officials must decide if they will put the tax on the November ballot in their respective counties. Sanera also discusses President Obama’s plan for high-speed rail and the North Carolina leg of that proposed project.