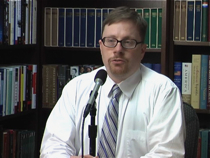 For the past several years, education reforms in the N.C. General Assembly have enacted policies to empower parents, encourage innovation, and increase choices. Were the legislature’s moves correct? John Locke Foundation Director of Research and Education Studies, Terry Stoops, says a survey of academic research supports the moves. Next is a look at a serious business issue with an unusual moniker. Some North Carolina lawmakers want to offer the state’s businesses greater protection against so-called “patent trolls.” You’ll hear highlights of their plan. Then we turn to continuing debate over education policy and teacher compensation. The state Senate’s budget plan would provide public school teachers with their largest raise in history. Yet most Senate Democrats voted against the plan. You’ll hear their complaints, along with a response from a top Republican education budget writer. That’s followed by discussion about a juvenile justice issue. The General Assembly is still debating whether to allow 16- and 17-year-olds charged with misdemeanors to have their cases heard in the juvenile justice system, rather than the adult court system. Marc Levin, policy director of the national group Right on Crime, explains why his group supports a change in North Carolina law. And finally, as legislators look ahead to more economic reforms, the John Locke Foundation’s Vice President for Research, Roy Cordato, is offering recommendations. Cordato outlines the principles of freedom that should ground policy in a variety of areas during an interview about the new book, Agenda 2014.