Focus On Consumer-Driven Alternatives To ObamaCare 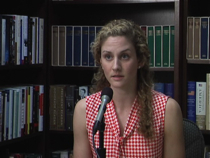 Incentives, not mandates. Carrots, not sticks. These ideas represent the underlying approach to a health insurance/health care program being proposed as an alternative to the Affordable Care Act — ObamaCare. John Locke Foundation Health and Human Services Policy Analyst Katherine Restrepo discusses several plans offered by critics of the president’s signature legislation, including one from Sen. Richard Burr. Then we turn our attention to the legal debate over education policy. As North Carolina’s new opportunity scholarship faces opposition in the state’s courtrooms, the Alexandria, Va.-based Institute for Justice is working with some parents to preserve the scholarships, also known as school vouchers. You’ll hear highlights from a recent news conference explaining the libertarian group’s interest in North Carolina’s voucher program. Next is a look at energy policy being developed in our state as the Mining and Energy Commission continues to develop rules for hydraulic fracturing, or fracking, in North Carolina. During a recent legislative update, commission chairman James Womack discussed efforts to ensure that the public knows as much as possible about materials used during the fracking process. That’s followed by a look at Election 2014. Most pundits and prognosticators expect this year to be a big year for North Carolina elections. Executive director Joe Stewart of the N.C. FreeEnterprise Foundation discusses the issues and trends he’s following most closely as election season proceeds. Also on the ballot this year are several races for seats on the North Carolina Court of Appeals and Supreme Court. Tyler Younts, the John Locke Foundation’s legal policy analyst, explains the races, why North Carolina elects judges, and what’s at stake for North Carolinians.