How Tom Ross Can Maximize His Final Year At UNC 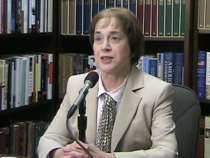 It’s time for new blood at the helm of the UNC system, according to the UNC Board of Governors. Tom Ross, who has led the system for four years, will leave his post at the end of 2015. Jane Shaw, president of the Pope Center for Higher Education Policy, discusses Ross’ legacy and recommends reforms he could make during his final year. Then we turn to fiscal policy. In the wake of a major state tax reform package in 2013, N.C. legislators might consider additional tax measures this year. State Senate leader Phil Berger, R-Rockingham, and new House Speaker Tim Moore, R-Cleveland, addressed tax-related questions during a media briefing at the opening of the 2015 legislative session. You’ll hear highlights from their remarks about reform, the impact of taxes on the N.C. economy, and the future of incentives. Next is a look at the intersection of justice and politics. North Carolina elects its judges, but the N.C. Courts Commission is looking at whether that’s the best long-term option for the state. During a recent Courts Commission meeting, members discussed the merits and drawbacks of the election process. They also discussed the politics involved in changing from elections to an appointment process. That’s followed by the latest perspective on redistricting reform. With state legislators back at work in Raleigh, advocates of election redistricting reform will push their cause again this year. Miles Rapoport, president of Common Cause, explains why his national group is playing an active role in North Carolina’s redistricting reform debate. And finally, with gas prices falling, why are some in the mainstream media intent on positioning the consumer windfall as a problem? Roy Cordato, vice president for research for the John Locke Foundation, discusses the role that low-cost energy of all forms plays in the economy and prospects for prosperity.