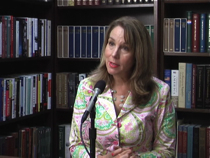 State legislators have left Raleigh, having passed a new state General Fund budget and having approved a number of other key reforms. John Locke Foundation Vice President for Outreach Becki Gray explains their progress on reining in the power and scope of government, steps taken toward a regulatory plan for safe hydraulic fracturing, and the continuing debate over how best to attract and retain jobs in a time when many legislators of both political parties support some form of corporate welfare. Then we turn to key issue of the session: coal ash clean-up. Just when it seemed that North Carolina lawmakers would finish their work for the year without addressing coal ash cleanup, the House and Senate reached a last-minute compromise plan. You’ll hear highlights from the House’s debate on the coal ash plan. Next is a look at a pot of cash just waiting for its owners to claim it. The state treasurer’s office has about $450,000 in unclaimed U.S. savings bonds. A change in state law is designed to help the state government make money while stepping up efforts to find the owners of those bonds. Lawmakers recently discussed the legal change. That’s followed by a look at free-speech rights on college campuses. Colleges are supposed to value free speech and competing ideas. But a pair of incidents last year connected to Constitution Day — Sept. 17 — demonstrated that some colleges across the country put up unnecessary roadblocks to the free exchange of ideas. Robert Shibley, senior vice president at the Foundation for Individual Rights in Education, discusses those incidents and assesses free-speech rights on N.C. college campuses. And finally, we look at the debate over giving low-income families a voucher so their child can attend a private school of their choice. The Opportunity Scholarship program faces fierce opposition – and legal challenge – from supporters of the education status quo. John Locke Foundation Director of Research and Education Studies Terry Stoops looks at the challenge and why the vouchers offer such freedom and opportunity to thousands of families who now face uncertainty over the program’s status.