Lights, Camera, Action: What Does it Take to Lure Film & TV to NC? 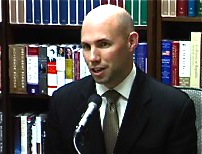 As North Carolina officials focus on job creation, the film and TV production industry is getting some help from the legislature. Supporters say special tax breaks are necessary to attract moviemakers to the state, but John Locke Foundation Fiscal Policy Analyst Joe Coletti says the breaks are misguided. Coletti explains that this puts the state in the position of picking winners and losers and leaves other industries scratching their heads about why they aren’t receiving assistance as well. Then we turn to the state’s fascinating education scenario. The appointment of a new CEO for North Carolina’s public schools this year has exposed the limited power of the elected state superintendent of public instruction. Superintendent June Atkinson believes the state constitution guarantees her more authority to guide public school policy. She’s gone to court to clarify her role. You’ll hear her arguments, along with those of her chief attorney, former N.C. Supreme Court Justice Bob Orr of the N.C. Institute for Constitutional Law. Next, another vexing issue for the state. The General Assembly has plugged a hole in funding for the State Employee Health Plan, but even supporters admit that this year’s stopgap measure leaves the plan with long-term problems. Rep. Dale Folwell, R-Forsyth, explains a simple change that would help the plan return to more solid financial footing. Folwell says the plan should shift from operating on the state’s fiscal year (July to June) to the calendar year. That’s followed by a look at the future of the conservative movement. The recent announcement the Pennsylvania Sen. Arlen Specter is leaving the Republican Party to join the Democrats has many national pundits questioning the future of the GOP and the conservative movement. National Review senior editor Ramesh Ponnuru will discuss the challenges conservatives face in the United States and offer some ideas to help the conservative movement regain strength. And finally, we hear an update on the trends in climate change legislation around the country. Paul Chesser, director of Climate Strategies Watch and a correspondent for the Heartland Institute reveals states that are backing off of legislation, states that are moving ahead full steam, and why.