Momentum Continues Toward Reining In Government 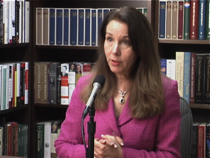 Just days from now, legislators will descent on Raleigh and get down to business in what’s known as the long session of the new two-year General Assembly class. Becki Gray, vice president for outreach for the John Locke Foundation, provides a preview of the key issues the legislature will likely take up, including tax reform, education reform, regulatory reform, and compensation for victims of the state’s eugenics program. Then we turn to the first few days in office for Gov. Pat McCrory. Before his administration can tackle major initiatives, McCrory says he’ll have to focus some attention on basic infrastructure problems plaguing state government. During his first news conference as governor, McCrory described problems with government computers and buildings. Next is a look at divisions in the U.S. Congress. Those who watched frequent squabbling in the 112th U.S. Congress over budget and tax issues should expect more of the same in the months ahead. N.C. State University political scientist Andrew Taylor discusses key fiscal “flashpoints” that will challenge the 113th Congress. That’s followed by a look at U.S. Supreme Court Justice Clarence Thomas. Though typically silent on the bench, Thomas has had an impressive impact during his first 20 years of service on the nation’s highest court. That’s the assessment of Ohio Northern University law professor Scott Gerber, who discusses Thomas’ judicial philosophy and role during his two decades of Supreme Court work. And finally, Carolina Journal Managing Editor Rick Henderson discusses the request by former Gov. Mike Easley that his law license be reinstated following its revocation over his felony conviction on a campaign finance violation. Henderson also recaps the story of Mary Easley’s increased pension after reaching a settlement with NC State University over her termination during the Easley investigations.