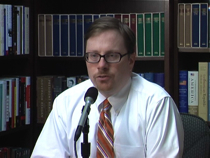 For two decades, North Carolina’s court system has been ground zero for the policy debate over education for pre-school kids. And now the case is in the hands of the North Carolina Supreme Court. John Locke Foundation Director of Research and Education Studies, Terry Stoops, explains the Court is determining what it will take for North Carolina policymakers to meet its previous ruling that the constitution gives every child a right to the opportunity for a “sound, basic education.” Then we turn to a recent controversy involving the N.C. Rural Economic Development Center that attracted attention to rules involving bank interest that nonprofit groups can earn from state grant funds. You’ll hear highlights from a recent legislative debate that focused on tightening those rules to help prevent fraud, waste, and abuse. Next is a look at transportation. North Carolina cannot develop its long-range transportation plans in a vacuum, according to State Transportation Secretary Tony Tata and Gov. Pat McCrory. The two delivered that message during a meeting with regional transportation executives in western North Carolina. You’ll learn why Tata and McCrory believe North Carolina’s plans must account for plans in neighboring states. That’s followed by a look at the intersection of history and comic books. The Cold War between the United States and the old Soviet Union surfaced in many ways, including the pages of comic books. N.C. History Project research associate Mathew Shaeffer discusses the Cold War themes that influenced one of America’s most popular comic-book heroes: Spiderman. And finally, the hit TV show Sleepy Hollow has raised awareness of one of its shooting locations: North Carolina’s Tryon Palace in New Bern. Troy Kickler, founding director of the N.C. History Project, discusses the history of the Palace and the “Tryon” who is the Palace’s namesake.