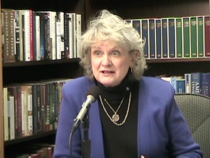 This year marks the 20th anniversary of North Carolina’s historic Charter Schools Act, which ushered in an era of parental choice in K-12 education in our state. Over the past two decades the John Locke Foundation has been a fierce advocate for giving parents more options so they can choose the educational environment that best suits their children’s unique needs and individual challenges. Lindalyn Kakadelis, the Locke Foundation’s director of educational outreach, discusses the milestones in charter schools, virtual schools, home schools, and private-school vouchers for kids with special needs and those living in low-income households. Then we turn to fiscal issues. Before announcing his departure from the N.C. Office of State Budget and Management, state budget director Lee Roberts sat down with Carolina Journal Radio to assess the good news in North Carolina’s budget picture. Rather than dealing with regular budget shortfalls, current trends suggest government budget writers might face their second straight surplus when the current budget year ends in June. Next is a look at an alarming case of embezzlement in state government. State lawmakers are seeking an investigation of the NCFlex state insurance plans after the recent publicity surrounding a former employee’s embezzlement of almost $250,000 from the program. You’ll hear highlights from recent legislative debate on the topic. That’s followed by a look at the state’s court system. North Carolina magistrates made headlines last year during the debate over same-sex marriage rules. That issue helped highlight a longstanding concern among some elements within the state’s court system about oversight of magistrates. Two different elected judges and an elected court clerk in each county all play some role in magistrate oversight, but critics say it’s impossible to tell who holds ultimate responsibility for magistrates’ actions. The N.C. Courts Commission recently discussed the topic. And finally, Carolina Journal Managing Editor Rick Henderson analyzes the large presence of Libertarians on the 2016 ballot, which of the major parties this helps and hurts, and why Libertarians are particularly interested in Wake County.