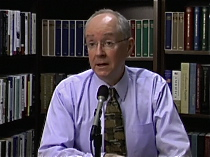 Gov. Beverly Perdue recently used her veto pen on two high profile pieces of legislation that were passed by the GOP-led General Assembly. The dispute sets up a battle over policy and politics on multiple fronts. Carolina Journal Managing Editor Rick Henderson discusses the vetoes – on health care and spending – and the history of the veto in North Carolina and how the state’s founders viewed executive power. Then we turn to another highly controversial issue that is making its way through the state legislature. As North Carolina lawmakers decide whether to reform the state’s medical malpractice laws, Americans for Prosperity hopes they’ll adopt “Texas-sized” legal reform. AFP North Carolina sponsored a recent luncheon on the benefits of medical malpractice changes. Participants heard a videotaped message from Texas Gov. Rick Perry, along with an in-person presentation from former Texas House Republican Whip Joseph Nixon. Next is the dispute over how to balance the state budget. Legislators looking for budget savings have been haggling over the future of targeted tax breaks designed to lure companies to North Carolina. You’ll hear highlights from a recent debate on the issue. Rep. Harold Brubaker, R-Randolph, makes the case for diverting money from incentives programs to the state’s more pressing needs, while Rep. Pryor Gibson, D-Anson, opposes the idea. That’s followed by a discussion about school reform. You might not expect California to produce great ideas for reforming public schools, but that state’s Parent Trigger is attracting attention from reform advocates from across the country. Bruno Behrend, director of the Heartland Institute’s Center for School Reform, recently visited North Carolina to tout the Parent Trigger. It allows parents of a failing school to push for that school to be closed, transformed, or converted to a charter school. Continuing on the education front, John Locke Foundation Director of Education Studies Terry Stoops discusses the debate over whether standardized testing for public school kids in North Carolina. The debate has ramped up with some legislators wanting to jettison some of the tests and others defending them as the only realistic way to assess student achievement.