Race is On to Expand Taxpayer Financing of Campaigns 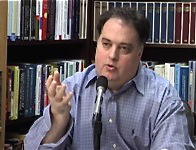 All eyes were on Chapel Hill earlier this month as the town completed its first election that used taxpayer financing of candidates. The Chapel Hill program is a pilot that supporters hope to expand across the state. The John Locke Foundation’s Daren Bakst explains why the program is misguided to folks of all political and ideological stripes. Why, he asks, should a liberal be forced to help fund a conservative candidate he does not support? And why should a conservative be forced to fund a liberal candidate? Bakst, the legal and regulatory policy analyst, also discusses his view that the program is unconstitutional, based on a recent Supreme Court decision. Then we turn to the stubborn problem of poverty. The N.C. Justice Center and UNC-Chapel Hill’s Poverty Center are pushing state lawmakers to spend more money to fight poverty in North Carolina. The two groups recently unveiled a four-point plan they hope lawmakers will address. You’ll hear the Justice Center’s Bill Rowe and the Poverty Center’s Gene Nichol explain the plan. John Locke Foundation Fiscal and Health Care Policy Analyst Joseph Coletti will offer an alternative viewpoint about poverty-reduction efforts. Next, if you’ve ever wondered why politicians cast some votes that clearly defy the wishes of the majority of their constituents, you’ve hit upon one of the key questions addressed by ‘public choice economics.’ Businessman, philanthropist, and former N.C. legislator Art Pope addressed that topic during a recent speech in Asheville to the State Policy Network. You’ll hear highlights from Pope’s remarks. That’s followed by a look at the role of government. As the federal government has expanded its reach into the private sector this year, we’ve heard little use of the word ‘federalism.’ That disturbs Robert Levy, chairman of the Cato Institute. Levy says the United States must return to its focus on limited constitutional government in which state and national government agencies are confined to their proper roles. And finally, Locke Foundation education policy analyst Terry Stoops addresses concerns that poor kids who live in poor counties don’t receive the same education dollars that rich kids in rich counties do. Not so, explains Stoops. He details the many supplemental dollars appropriated to school systems by both the federal and state governments. This includes extra funding for small counties, low-wealth counties, kids with special needs, and kids from low-income households.