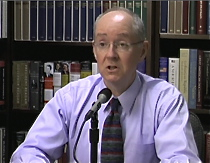 Controversy continues over whether North Carolina should accept nearly $500 million in federal funds for a so-called high-speed rail project. Carolina Journal Managing Editor Rick Henderson explains the proposed upgrade the system between Raleigh and Charlotte, and why claims by supporters that the project will add nearly 5,000 much-needed jobs is dubious at best do to a concept called “job years” which was used to figure the impact. Then we turn to Gov. Perdue. One of Perdue’s vetos this year targeted a bill designed to shore up the finances of the State Health Plan for state workers, teachers, and government retirees. For the first time, the legislation would have required health plan members to pay a monthly premium. Before Perdue placed her veto stamp on the bill, the idea already had generated heated debate. You’ll hear highlights from the state Senate’s discussion of State Health Plan finances. Next, we delve into why some state lawmakers hope stiffer penalties will help cut back the number of drunk-driving cases in the state’s court system. Rep. Tim Moore, R-Cleveland, explains key provisions of a measure dubbed Laura’s Law, honoring a Gaston County teen killed by a drunk driver who had been charged with multiple offenses before the fatal incident. That’s followed by a look at freedom and taxation. North Carolina reached Tax Freedom Day April 6. National Tax Freedom Day was April 12. But if we count federal deficit spending, American taxpayers still have not worked long enough this year to cover all of their government obligations. Joseph Henchman, tax counsel and director of state projects for the Tax Foundation, describes Tax Freedom Day and explains how it can help taxpayers understand the sacrifices they make to pay for government operations. And finally, as state budget writers eye potential cuts to the UNC System, just how much bank for the buck do taxpayers receive from professors? Jay Schalin, senior writer for the Pope Center for Higher Education Policy takes issue with the system’s claim about professorial workload. Schalin explains why and how much money could be saved if professor were required to have a greater workload. He also discusses why professors are no longer in such great demand across the country.