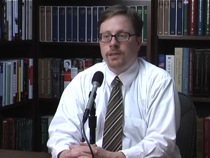 Among the key issues being addressed by the state legislature during the short legislative session is teacher pay and accountability. Both Gov. Pat McCrory and Lt. Gov. Dan Forest have proposed plans to address how we compensate teachers. John Locke Foundation Director of Research and Education Studies, Terry Stoops, analyzes both plans and explains why both are on the right track when it comes to reforming North Carolina’s antiquated approach to paying teachers and holding them accountable for their performance. Next is a look at national politics and where North Carolina’s U.S. Senate race fits into it. Fred Barnes, executive editor of The Weekly Standard and Fox News contributor, explains why he believes the race between Democrat Kay Hagan and Republican Thom Tillis will be critical in the national election picture. Then we look more deeply at Lt. Gov. Dan Forest’s teacher compensation plan. He wants to give state government a new tool to help fund programs designed to support North Carolina’s best public school teachers. He recently outlined details of the North Carolina Education Endowment Fund. That’s followed by a look at the negative impact on consumers of electric utility company regulation. Jim Clarkson, the South Carolina-based president of the company Resources Supply Management, recently detailed problems with electricity regulation during a panel discussion co-sponsored by the John Locke Foundation. And finally, Rick Henderson, managing editor of Carolina Journal, looks at North Carolina’s race for a seat on the state Supreme Court. Three candidates were on the May primary ballot. That race has been narrowed to two people, one of whom will take the seat next year. Henderson explains why the race is consequential. He also looks at several other state-level races on the primary ballot. Several state legislators were beaten by members of their own political party.