Seven Steps to a Better and Saner State Budget 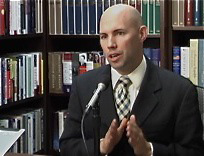 When Gov. Beverly Perdue signed the new state budget into law, she did it without the usual news conference and laudatory remarks, lumping the bill with a mish mash of others. John Locke Foundation fiscal policy analyst Joe Coletti says he’s not surprised, considering the tax and fee hikes included in the budget. Coletti recommends seven steps to a saner and better budget, including posting the budget online for 72 hours prior to a vote, implementing a taxpayer protection act, and starting a tax-me-more fund. Then we turn to what was once an industry that dominated North Carolina’s economy. There was a time when state lawmakers would not have dreamed of taking steps that could hurt the tobacco industry. In recent years, though, legislators have increased tobacco taxes and enacted stricter smoking bans. N.C. State political scientist Andy Taylor examines the reasons for tobacco’s changing political fortunes. That’s followed by a look at history. Nearly 20 years after the fall of the Soviet Union, some people have forgotten about the evil of Soviet communism. Yuri Maltsev, a Carthage College economics professor and former adviser to Mikhail Gorbachev, wants to remind people about the history of communism in his native country. He discussed the topic during an address this year to the John Locke Foundation’s Shaftesbury Society. Speaking of publicizing dangerous ideologies, Robert Spencer of Jihad Watch continues to keep his eye on Islamic extremists. Author of the recently published Complete Infidel’s Guide to the Koran, Spencer shared his thoughts about the topic during the recent Civitas Conservative Leadership Conference. And finally, we take a look at the growing responsibilities being placed on landlords by local governments. John Locke Foundation local government analyst Michael Sanera assesses a proposal being considered in Charlotte that he says would, in essence, make landlords into cops by forcing them to register with the city. If taken to its logical conclusion, a landlord’s registration could be rescinded if police believe there are too many incidents at the property’s address. The proposal is being considered by the city council’s Community Safety Committee.