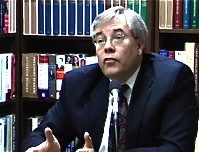 These days you can find anything and everything you want on the internet. Kids have become accustomed to using it for school research, but now college students are finding the Web a great source for getting out of work. They’re buying other people’s work from operations George Leef calls essay mills. Leef, director of research for the Pope Center for Higher Education Policy, describes the phenomenon and explains the ethical issues at play for both buyer and seller. He also discusses grade inflation – another issue plaguing universities across the country. Then we turn to the K-12 public education system. Many students in North Carolina’s public schools will head to the work force after school, rather than college. That’s why some state lawmakers believe the schools need drastic improvement in career and technical education. Sen. Harry Brown, R-Onslow, explains his efforts to boost spending on that type of education program. State school superintendent June Atkinson, recent high school graduate Courtney Clapp, and business owner Bill Downey also offer their perspectives about the value of career and technical education. That’s followed by a look at how Senate Democrats are proceeding with their version of the budget. Senate Democrats caught some flak during the recent budget debate for proposing hundreds of millions of dollars in unspecified tax increases. Sen. Dan Clodfelter, D-Mecklenburg, defended that decision. He says history shows lawmakers have often split their budget proposals from their tax plans, especially during tough economic times. Next, some people dismiss the ideas of the American Founders because many of those founders owned slaves or supported slavery. That’s why Holly Brewer, associate professor of history at N.C. State University, was thrilled to discover evidence recently of philosopher John Locke’s opposition to slavery. Brewer explains her discovery and its significance. And finally, we delve into the state Senate’s budget recommendation with John Locke Foundation Fiscal Policy Analyst Joe Coletti, who offers several ideas of his own to legislators challenged with reconciling the state’s huge budget hole.