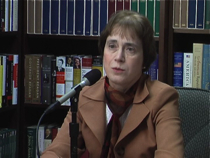 The story of so-called “paper classes” for student athletes at UNC-Chapel Hill has rocked North Carolina’s higher education community. The release last month of a 131-page report by an independent investigator has shined the light on a number of serious and thought-provoking issues, says Jane Shaw of the Pope Center for Higher Education Policy. She discusses standards for admissions, accountability for professors and administrators, and the tug-of-war over college sports. Then we turn to the debate over K-12 education in our state. As politicians, advocates, and pundits debate various education reforms, one can identify several competing factions tugging the debate in different directions. That’s the assessment of management consultant Paul Slobodian, who assigns labels to those factions and explains how those labels help us understand the heated discussion over the future of public education. Next is a look at health care policy in North Carolina. Lawmakers continue to hold a wide range of views about the future stability of the state’s Medicaid program. Different assessment of Medicaid’s long-term budget outlook surfaced during a recent public meeting. That’s followed by a unique look at history. We’ve heard the cliché that rock and roll music can change the world. But historian Larry Schweikart of the University of Dayton says rock music did help play a major in toppling the Berlin Wall and ending the Cold War. Schweikart tells that story in the recent movie “Rockin’ The Wall.” And finally, we delve into our state’s efforts to reform and improve education standards, now that the General Assembly voted to get rid of the federally inspired standards known as “Common Core” and set a new course. John Locke Foundation Director of Research and Education Studies, Terry Stoops, explains why the legislature made its move and what the committee looking into rigor and standards is now focusing on.