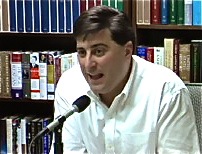 If you’re a fiscal conservative, it’s hard to know which level of government to be more concerned about these days. Spending sprees, borrowing, and bailouts are now common. But there is a place – actually a number of places – where folks can express the view that today’s policies are taking us down the wrong road. Dallas Woodhouse, state director of Americans for Prosperity, explains the ‘tea party’ phenomenon that is growing rapidly around the country and why he thinks average Americans who aren’t typically politically active are taking to this history-inspired protest movement. Woodhouse also discusses the many tea parties that will take place across North Carolina on April 15. The tax-day tea parties will follow a series of similar grassroots events held in our state in recent weeks. Taxpayers conducted one such rally outside the State Capitol in late March. You’ll hear from two of that event’s organizers, Danny Martinez and Melodye Aben. Then we turn to the continuing effort to win approval of tax credits for families of kids with special needs. Rep. Laura Wiley (R-Guilford) explains that the credits would allow more families to choose the best education options for their children. That’s followed by a look at the American health care system and the many problems we face. Sally Pipes, president and CEO of the Pacific Research Institute, says there is no question there are problems but that there are also many myths about health care. She exposes the top ten myths in a new book and discusses some of them in this interview with Carolina Journal Radio. And finally, the John Locke Foundation’s Terry Stoops delves into claims that money spent by the state on dropout prevention grants has resulted in direct, positive results. Stoops, education policy analyst, says it is way too early to make that claim. He analyzes the grants and discusses strategies for keeping students in school.