The Good & The Bad of N.C.’s Student Test Scores 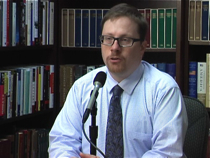 New statewide test scores and graduation rates for North Carolina public school students have been released. The results have generated very interesting discussion. John Locke Foundation Director of Research and Education Studies, Terry Stoops, explains that although four-year graduation rates have increased, college remediation rates illustrate that many graduates are lacking in basic skills required for college. He also discusses the political spin emanating from the Department of Public Instruction when it comes to comparing scores to previous years. Then we turn to politics. North Carolina’s Libertarian Party has attracted some national attention this year because polling numbers suggest a Libertarian could help determine the outcome of the state’s U.S. Senate election. During a speech to assembled Libertarians this summer, Rachel Mills, a former press secretary to U.S. Rep. Ron Paul, offered recommendations for Libertarians to improve their performance in the political process. Next is a look at health care. North Carolina’s senior U.S. senator, Republican Richard Burr, has joined three colleagues in pushing new legislation designed to improve veterans’ health care. You’ll hear details of Burr’s proposal. That’s followed by a fascinating discussion with a law professor and author. We’ve all learned about the balance of power among the different branches of the federal government and between the state and national governments. George Mason University law professor Frank Buckley says what we’ve learned is wrong. He explains why in the recent book, The Once and Future King: The Rise and Fall of Crown Government. And finally, when a student enters high school, the pressure begins to get prepared for college. Yet, despite all of that preparation, only 56% of students nationally earn a bachelor’s degree in six years. Jane Shaw, president of the Pope Center for Higher Education Policy, discusses an effort by some colleges to reach out to students who’ve dropped out and get them back into the college to finish degree work. She also weighs in on the question of whether a college degree is necessary to earn a living in today’s society.