The North Carolina Constitution and Your Wallet 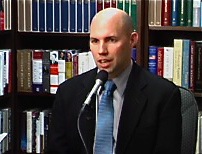 The budget dance continues in Raleigh as legislators face the daunting task of filling a $4 billion budget hole. John Locke Foundation Fiscal Policy Analyst Joe Coletti discusses the House proposal to cut the education and human services budgets and offers suggestions of his own for achieving a balanced budget. Next, government has the power to take our money through taxation, but the federal and state constitutions are supposed to limit that power. A recent public forum in Edenton highlighted the link between the North Carolina constitution and the power of taxation. You’ll hear highlights from the discussion among forum panelists: Raleigh attorney Gene Boyce, Barton College historian Jeff Broadwater, Wake Forest political scientist John Dinan, and former N.C. Supreme Court Justice Bob Orr. Then we turn to public schools. North Carolina’s public school systems might spend taxpayers’ money more effectively, if they were freed from many of the restrictions imposed by education bureaucrats in Raleigh. At least that’s the theory behind a bill Rep. Rick Glazier, D-Cumberland, introduced this year. You’ll hear details of Glazier’s pilot program for school budget flexibility. Increased school budget flexibility sounds good to John Locke Foundation education policy analyst Terry Stoops. He offers his assessment of Glazier’s proposal and explains why concentrating budget decisions in Raleigh can stifle good ideas in the state’s public education system. That’s followed by a conversation between Carolina Journal Radio co-hosts Donna Martinez and Mitch Kokai about the nomination of Judge Sonia Sotomayor to the U.S. Supreme Court. If confirmed, Sotomayor would be the first Hispanic to serve on the Court. She would take the seat of retiring Justice David Souter. So what are the concerns being voiced by strict constructionists over her rulings and approach? Kokai explains, and the duo discusses other recent news items that are being discussed in The Locker Room, the Locke Foundation’s online weblog.