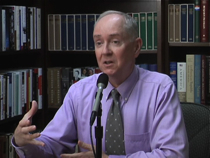 Two key court rulings are having a big impact on North Carolina politics and election law. Carolina Journal Managing Editor Rick Henderson explains the import of (1) the U.S. Supreme Court striking down a section of the Voting Rights Act and of (2) the state judge’s panel ruling that the GOP-drawn election maps are legal. Then we turn to economic policy in our state. Gov. Pat McCrory’s administration has promoted a reorganization of the state Commerce Department to help boost North Carolina’s economic competitiveness. Many state legislators like McCrory’s ideas, though some of his fellow Republicans question a proposal that continues to rely on targeted tax incentives. You’ll hear highlights from the state House debate on the Commerce Department’s future. Next is a look at reaction to state audits of licensing boards. State Auditor Beth Wood has raised some red flags during her initial audits of these types of boards. You’ll learn the problems Wood’s auditors discovered, along with reaction from the legislature. That’s followed by a look at key leader in history: Margaret Thatcher. When the former British Prime died earlier this year, the world lost one of its most important political leaders. John Blundell, visiting fellow at the Heritage Foundation, former director general at the Institute of Economic Affairs, and a Thatcher biographer who knew and worked with the “Iron Lady,” discusses her legacy. And finally, we delve into regulatory policy with JLF’s Jon Sanders. He recommends ways to relieve business – and ultimately consumers—from the costs of undue regulations by putting them through a cost/benefit review process and by subjecting them to sunset laws.