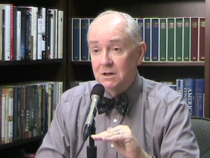 Higher electricity for consumers. Tax write-offs for big business. And a burgeoning solar industry largely dependent on taxpayer subsidies. Add it all up and you’ve got a snapshot of North Carolina’s renewable energy law. Rick Henderson of Carolina Journal details CJ’s extensive reporting on the tax subsidies, who gets them, and where the law may be headed. Then we turn to higher education. Colleges and universities historically served as repositories of knowledge about Western civilization. But Jenna Robinson, president of the John W. Pope Center for Higher Education Policy, says today’s system of higher education attacks basic tenets of Western civilization in multiple ways. She lists some of her key concerns. Next is a look at a key North Carolina court case. All three branches of North Carolina government are taking part in a dispute over the separation of powers. The N.C. Supreme Court recently heard arguments in a lawsuit pitting Gov. Pat McCrory and two of his predecessors against the current leadership of the General Assembly. The dispute revolves around legislative appointments to boards within the executive branch. You’ll hear highlights from the Supreme Court’s oral arguments. That’s followed by a look at controversy over transportation policy in the Charlotte area. Business interests north of Charlotte are complaining about a plan to add toll lanes to Interstate 77. They recently shared their concerns with state lawmakers. You’ll learn why they’re asking McCrory and legislative leaders to pursue other options for improving traffic flow on I-77 between Charlotte and Mooresville. And finally, we revisit the idea of reforming the state’s Certificate of Need law, which keeps competition out of the health care industry by requiring state permission slips to those doctors and hospitals that seek to expand or provide new services. The John Locke Foundation’s health and human services analyst, Katherine Restrepo, explains that reform has now been endorsed by the Federal Trade Commission, which recently issued a statement that endorses a North Carolina House Bill designed to pare back regulations and increase competition for certain medical services.