Why All Income Groups Benefit From N.C. Tax Reform 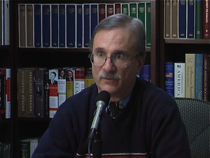 Taxpayers in every income category will save tens of millions of dollars because of state tax reforms enacted in North Carolina in 2013. And when those reforms are combined with a 2011 sales-tax decline pushed by the Republicans in the General Assembly, lower-income and middle-income households will enjoy savings as well. That is the conclusion of JLF’s Dr. Roy Cordato, vice president for research, who explains why progressive claims that tax reform benefits the wealthy at the expense of the poor are unfounded. Then we turn the quest for efficiency in government. As the North Carolina General Assembly looks for ways to improve efficiency in state government, some lawmakers are turning attention to the University of North Carolina system. A recent report recommended basing some of UNC chancellors’ job evaluation on their campuses’ operational efficiency. You’ll hear the recommendation, along with reaction from the UNC system’s top financial officer. Next is a look at education policy. The headline news from North Carolina’s latest round of public school standardized tests was a drop in overall scores. But some state lawmakers looked beyond the headline numbers to ask about the impact of new Common Core standards. You’ll hear why some policymakers want to know how Common Core is influencing state testing. Meanwhile, recent public education changes are generating reactions across North Carolina. Lindalyn Kakadelis, the John Locke Foundation’s director of education outreach, hears those reactions as she talks to parents, school board members, and teachers from the mountains to the coast. She shares insights from her statewide travels. And finally, among our state’s rich history is that related to the quaint, coastal area vacation town of Edenton. But that quaint retreat was once at the center of political debate and intellectual thought as our country took shape. Dr. Troy Kickler, founding director of the North Carolina History Project, discusses the history of Edenton and why he was compelled to write the book, “The King’s Trouble Makers: Edenton’s Role in Creating a Nation and State.”