Why Freedom Prevails In The New State Budget 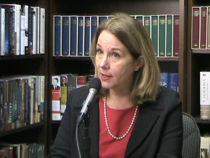 State lawmakers have returned home following a legislative session marked by reforms designed to rein in the growth of government and focus government on core services. That means there are big wins for conservatives to celebrate in the budget. John Locke Foundation Vice President for Outreach Becki Gray discusses the victories that ensure North Carolinians keep more of the money they earn and that the state is better prepared for unexpected emergencies. Speaking of emergencies, no one could have possibly anticipated the magnitude of the devastation left in the wake of Hurricane Katrina 10 years ago this summer. New Orleans grabbed the headlines, but Mississippi took a greater hit from Hurricane Katrina 10 years ago. Haley Barbour was governor of Mississippi at the time, and he has documented his state’s response to the hurricane’s devastation in the book “America’s Great Storm.” Barbour shared insights from the book during a recent speech for the John Locke Foundation. Then we turn to recent action by the legislature and Gov. Pat McCrory. Shootings this summer at a military recruiting center in Chattanooga, Tenn., prompted a response from North Carolina. Gov. Pat McCrory recently signed into law a measure offering more protection for National Guard members with concealed-carry gun permits. The law also allows North Carolinians to take terrorists to court. McCrory recently discussed the new law’s provisions. That’s followed by a look at higher education. College tuition costs continue to climb, while many of the nation’s elite universities maintain huge endowments. Some critics argue that the federal government should force the schools to use portions of their endowments to help reduce students’ tuition burden. George Leef, director of research at the Pope Center for Higher Education Policy, explains why that would be a bad idea.

And finally, we look at the growing charter school movement in North Carolina. The John Locke Foundation’s Terry Stoops, director of research and education studies, provides an update on new charter openings and applications, and he looks at how charters fared in the legislative session.