Problems at N.C. prisons have festered for years

Michael Kerr, starving, incoherent, and dehydrated, was loaded into a van March 12, 2014, at Alexander Correctional Institution in Taylorsville. The 53-year-old inmate was bound for a hospital at Central Prison in Raleigh.

It was a three-hour trip. He died along the way.

Kerr’s death was the culmination of a gruesome ordeal, lawyers from the American Civil Liberties Union of North Carolina wrote in an August 2015 letter to the U.S. Department of Justice. A schizophrenic and former Army sergeant, Kerr had been locked in solitary confinement since February of that year. He was off his medication and under the care of prison doctors. He refused to eat. He was left in his cell for days during a psychosomatic episode, handcuffed and covered in feces. Upon time of transport, Kerr was weak and fell out of his wheelchair.

His transporters drove past eight hospital emergency rooms on the way to Central Prison.

The case illustrates one of many deep-rooted problems in the state prison system, Chris Brook, legal director for the ACLU, told Carolina Journal. Those problems come from many directions, as evidenced by catastrophic events at two understaffed, high-security prisons last year.

An April altercation at Bertie Correctional Institution left 29-year-old Sgt. Meggan Callahan dead after an inmate beat her with a fire extinguisher. In a deadly escape attempt at Pasquotank Correctional Institution’s sewing plant Oct. 12, inmates stabbed guards with scissors and battered them with hammers. They set fire to the facility. The prison break failed, but four employees, including plant manager Veronica Darden, died. Several officers and inmates were injured, and four inmates were charged with first-degree murder.

At Bertie, one in every five officers’ positions were empty. At Pasquotank, 28 percent of positions went unfilled, and only one officer presided over roughly 30 inmates in the sewing plant at the time of the attack.

After the events at Bertie and Pasquotank, the N.C. Department of Public Safety — which was already reviewing prison operations — faced public inquisition about its staffing, training, and safety practices. Insufficient mental health treatment, overreliance on solitary confinement, understaffing, underfunding, and poor staff training headline the list of challenges for the state’s 55 prisons.

The Pasquotank tragedy expanded Hooks’ focus on staff training and vacancies. Hooks shut down the Pasquotank sewing plant after the attacks. He also requested a review of inmates and prison safety operations.

David Guice, formerly chief deputy secretary for Adult Correction and Juvenile Justice, resigned 11 days after the Pasquotank incident. Guice, the former director of Community Corrections at DPS, was appointed to the post in 2013. He preferred prisoner rehabilitation and reforms over “tough on crime” policies. His resignation was abrupt — and DPS officials provided little explanation.

Tragedies like those at Bertie and Pasquotank are devastating, but violence is common inside prison walls, Brook said.

In September 2012, inmates at Lanesboro Correctional Institution stabbed a member of a rival gang 13 times with crude shank knives. The event is just one of many investigated by the Charlotte Observer since 2015.

“It’s surely correct our prison system has to deal with challenging individuals who have done terrible things on the inside. Everyone should recognize and appreciate that. [However], correctional officials [and] law enforcement have to deal with where we have fallen down,” Brook said.

Overuse of solitary confinement and a lack of proper mental health treatment exacerbates conflict among inmates, said Susan Pollitt, senior attorney at Disability Rights North Carolina. In cases in which prisoners suffer mental disorders, isolation may trigger episodes. In other cases, it may destabilize inmates.

Of roughly 37,000 prisoners in North Carolina, about 5,000 are locked away for 23 or 24 hours a day “without sunlight, fresh air, or contact with human beings,” the ACLU letter says.

More than one in five of those prisoners have mental illnesses. On any given day, about 700 inmates with psychological disorders are held in isolation.

Kerr’s case is common, Brook said. The inmate was locked in solitary confinement for infractions that occurred after he stopped taking medication the previous year.

In the days leading to his death, prison officers refused to comply with orders for medical treatment. Kerr was also placed on Nutraloaf — a bland meatloaf diet given to prisoners as a punishment — for several weeks. His water was turned off after he began flooding his cell.

“The treatment that led to Mr. Kerr’s horrific death is not an isolated episode; such neglect is in fact routine for many inmates with mental illness in North Carolina’s state prison system,” the ACLU letter states. “When inmates misbehave — even when it is symptomatic of mental illness — they are sent to segregation.” 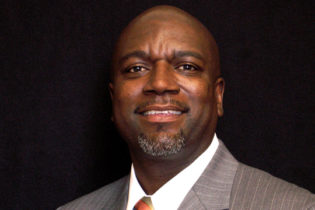 The prison system is the “largest de facto mental health provider in the state,” Kenneth Lassiter, director of prisons for DPS, told CJ. Mental health has no bearing on prison violence, but it’s a challenge. “We are short providers. We are constantly trying to train and retrain our staff. One of the positives is that we are one of the first states to provide crisis intervention training for our officers.”

Prison staffers are heroes who risk their lives each day to protect their communities, Lassiter said.

Today, those heroes are in short supply. In 2017, 16 percent of officer positions at state prisons were empty — up from 9 percent in 2016, state data show.

The Pasquotank ordeal wouldn’t have happened if more officers were on duty, Brook said. “I don’t know that anyone would argue it makes sense for there to be only one correctional officer supervising [that many] inmates at one time, especially when they have access to deadly weapons,” he said.

“This is the last place people come when the economy is well,” he said. “It’s a challenging, dangerous career to be inside a prison facility day in and day out, and our staff meet that challenge daily. Unfortunately the tragic events that took place at Bertie and Pasquotank have brought special attention to our profession.”

Many prisons are concentrated in rural areas, another challenge in the hiring process. “There are some prisons in urban areas where we have some problems with staffing, [but] rural areas are much harder because you deplete the pool of applicants in those areas, so … it’s a greater distance to drive,” Lassiter said.

Ultimately, cultural issues are at play, many of which affect the overall workings within the system, Brook said. Most prisoners end up back on the streets. Rehabilitative programs, such as skills training and integration with other prisoners, are better ways to prepare inmates for life on the outside.

But prisons are home to felons — the state’s most dangerous criminals, Lassiter said.

“The men and women who work for us are leaving home, kissing their loved ones goodbye, and their expectation is that they’re going to walk back through the door that night. Unfortunately, this year, we had some colleagues who didn’t walk back through that door. That weighs on me daily, and that’s why I’m doing this job — and we want to make a difference moving forward.”

Editor’s note: Public safety is a primary role of government, which is accountable for ensuring the system is fair, efficient, and financially viable. This is the first in an occasional series looking at the actions and impact of state government as it manages the North Carolina prison system after a violent and unsettled year.