The protest was larger, the signs more prevalent. A form of detente established between police and demonstrators.

The second ReopenNC protest in Raleigh on Tuesday, April 21, while boisterous, felt much calmer than the first. Motorcycle officers from the Raleigh Police Department escorted several hundred demonstrators without incident as they marched around the Executive Mansion, the Legislative Building, and the Old Capitol Building. 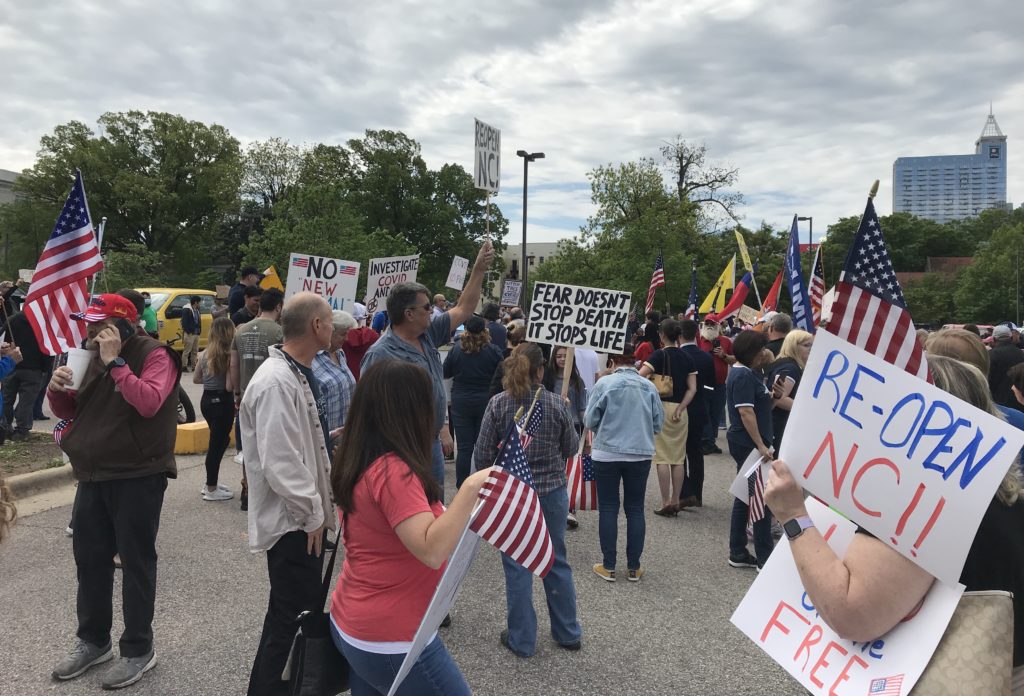 ReopenNC participants at the April 21 rally in Raleigh. (CJ photo by Rick Henderson)

Gov. Roy Cooper, whose orders shuttering businesses and limiting contact due to COVID-19, remained the target of the protesters’ ire. But Monday, the governor also reassured demonstrators they had a right to speak their minds — and that wasn’t clear during the April 14 event.

Another difference between the first and second protests: No arrests. Last week, Wake County resident Monica Ussery was charged with a Class 2 misdemeanor, allegedly violating an executive order. That day, Cooper offered a somewhat confusing explanation, saying his executive orders didn’t infringe on constitutional rights. Wake County Board of Commissioners Chairman Greg Ford said much the same about a county order limiting social gatherings to 10 people or fewer.

But a letter sent Friday from Anthony Biller, a lawyer for ReopenNC, to Cooper and Ford demanding clarification seemed to settle the dispute. Cooper said emergency orders can’t trump First Amendment rights so long as people exercising them protect others and practice social distancing.

Tuesday’s protest was raucous, but peaceful. 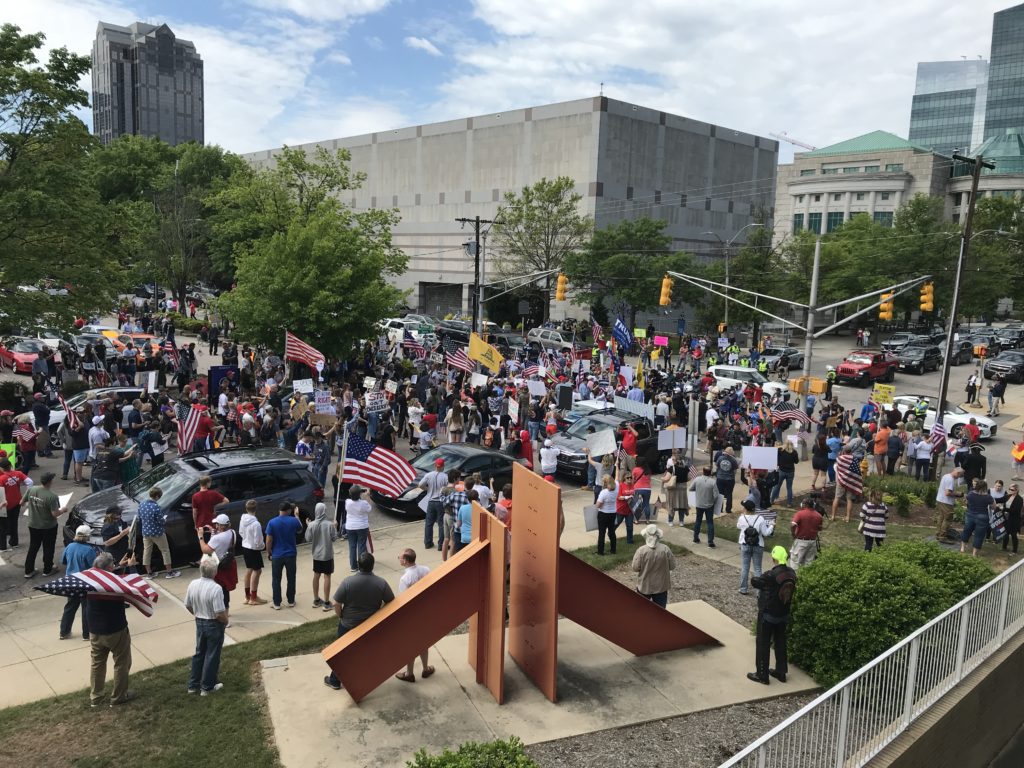 U.S. Rep. Dan Bishop, R-9th District, participated in the Tuesday protest. He told Carolina Journal Radio he knew he would join this event when he saw Raleigh police tweet, “Protesting is not an essential activity.”

“The Constitution doesn’t get suspended under a stay-at-home order,” Bishop said.

The first-term congressman said attending the rally “renewed my pride as an American. … There’s an exhilaration that comes from seeing people stand up for liberty.”

Bishop took the governor to task for failing to provide enough transparency in disclosing the data and models being used to determine how long restrictions would remain in place.

“We’ve got to reopen North Carolina and let people get back to their lives, including their work lives, under practices that people will pursue with great goodwill and cooperation to maintain social distancing so that we don’t lose the benefit of that as we control this pandemic,” Bishop said.

Republicans use Democrats’ words against them as voter ID lawsuit continues