[Please see editor’s note at the end of this story.]

The leader of the University of North Carolina Board of Governors has abandoned his promise to cut all ties with East Carolina University. 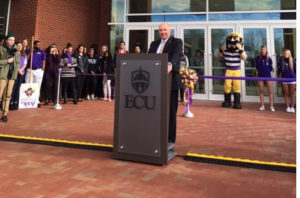 BOG Chairman Harry Smith has a controversial relationship with ECU, his alma mater and the third largest university in the UNC System. Tensions exist between Smith and school leadership, with the chairman inserting himself in athletics and student housing matters. Carolina Journal has reported multiple times on those issues, which Smith calls a “false narrative.”

On Nov. 9, Smith wrote a letter to the chairman of the ECU Board of Trustees stating that “After consultation with my leadership team on the UNC Board of Governors, UNC System President Margaret Spellings and legal counsel, I have decided to completely remove myself from communications involving ECU matters and avoid having a presence on campus.”

Smith has walked back his word.

The Greenville businessman was photographed on the Greenville campus Jan. 7 at the opening of the university’s new Main Campus Student Center. 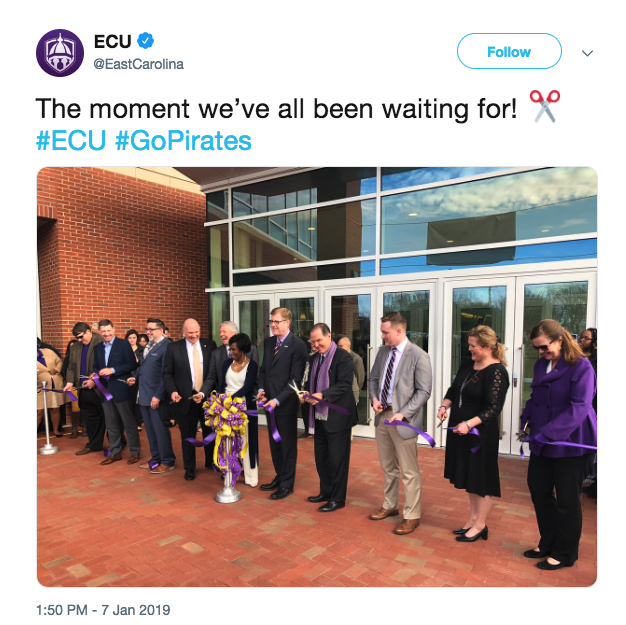 It’s not the first time Smith has involved himself with ECU since formally announcing a separation from the university.

The correspondences, which Smith himself forwarded after CJ submitted a public records request, follow:

When CJ questioned Smith about both issues, he provided a copy of emails from ECU inviting him to the center opening. He also said he has been in contact with several members of ECU’s BOT since announcing he would end all contact with the school.

“I’m happy to be a part of a healthy process and healthy discussions,” he said.

Smith also said that he would continue communication with the school, and that “I’m not anti-ECU, and I’m not anti-Cecil Staton [the ECU chancellor]. I’m not anti-trustees. When you’re being targeted, and targeted unfairly, it’s difficult to be successful.”

The recusal letter of Nov. 9 was an attempt to alleviate attacks from some who have a personal vendetta against him, Smith said.

CJ reached out to the UNC System asking for a response to Smith’s dismissal of the recusal letter. The communications office said it would not comment on the matter.

Editor’s note: After this story went to press, Mark Copeland emailed a response to CJ. In part, it read:

ECU is very lucky to have a graduate serving as the Chairman of the BOG, and after reading the letter submitted by Chairman Smith regarding his intent to “cut communications with ECU”, this action did not feel like a positive outcome for our 29,000 students, 5,800 faculty and staff or our 165,000 living alumni.

I requested a breakfast with Chairman Smith to build a relationship as we had not sat down previous to our meeting on December 12th to discuss the strategic direction of ECU. We had a positive conversation surrounding both of our viewpoints in regards to the short-term and long-term opportunities for ECU. …

The grand opening of the 220,000 square foot Main Campus Student Center would not be a possibility without the full support of the Board of Governors and North Carolina General Assembly. … It was great to have Chairman Smith in attendance given the level of effort he has and will continue to dedicate to ECU.