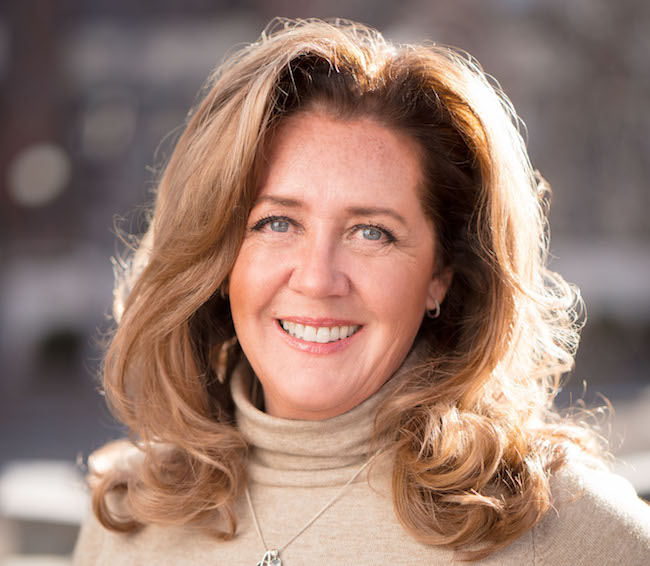 Amy O. Cooke — “TheRight AOC”— is the Chief Executive Officer of the John Locke Foundation and Publisher of Carolina Journal. For more than 16 years Amy has been a champion of free markets and limited, constitutional government. Amy’s responsibility as CEO is to lead the talented staff into the organization’s fourth decade of promoting public policy that ensures all North Carolinians have the freedom and opportunity to thrive.

Amy came to JLF in January 2020 from Colorado and is proud to bring her name back to North Carolina where her great, great, great grandmother — for whom she is named — was born (1786) and raised.

Prior to joining JLF, Amy served as Executive Vice President of the Independence Institute (II), Colorado’s free-market think tank. She was also Director of the Energy and Environmental Policy Centerat II, the John Locke Foundation’s sister think tank. She joined II in 2004.

Amy’s area of expertise is energy policy, which she began working on in 2010. She is proud to be one of the original state-level, free-market energy policy advocates and is famous for her provocative messages like “Mothers In Love with Fracking” and “I’m an energy feminist because I’m pro-choice in energy sources,” which the eco-left called “hands down the worst kind of feminism.”

She founded a Colorado nonprofit organization, the Coalition of Ratepayers, to provide a voice for captive ratepayers and to intervene in regulatory proceedings on behalf of small business and residential utility customers.

In December 2016, she was honored to be the second person named to President Donald Trump’s Transition Team for the Environmental Protection Agency.

Her work on important public policy ballot measures has earned her numerous awards, including the Spark Freedom Trendsetter Award for social media outreach and both the prestigious Reed and Pollie awards for best Spanish language TV ad for a ballot measure.

Amy is a former senior fellow with the influential Independent Women’s Forum, a free-market think tank headquartered in Washington, D.C., and a National Advisory Board member for the Steamboat Institute.

She has authored and contributed to numerous opinion editorials, issue papers, and issue backgrounders and has been published in the Daily Caller, Townhall, Denver Post, Pueblo Chieftain, Greeley Tribune, Denver Business Journal, Colorado Politics, and The Hill.  She has appeared on Fox News, MSN.com, “Devil’s Advocate,” “Colorado Inside Out,” and “Power Hour.”

Amy loves sports (especially baseball), politics, and public policy. She’s married to retired sheriff and current Colorado state senator John Cooke and is a mother of three and stepmom of two. Follow Amy on Twitter, where her handle is @TheRightAOC, and friend her on Facebook at https://www.facebook.com/TheRightAOC

“Being powerful is like being a lady. If you have to tell people you are, you aren’t.”
Margaret Thatcher

“The great achievements of civilization have not come from government bureaus. Einstein didn’t construct his theory under order from a bureaucrat. Henry Ford didn’t revolutionize the automobile industry that way.”
Milton Friedman

Dear friends and supporters,  It’s here. Thank you for your loyal readership. The coronavirus has rocked the economy…

Freedom’s moment in time: ‘Now go out there and take it’

Just a few weeks ago, the term social distancing hadn’t entered our lexicon. The Angus Barn was my new…