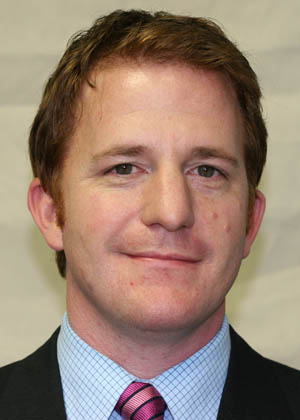 Troy Kickler is the Founding Director of the North Carolina History Project and Editor of NorthCarolinahistory.org.

Kickler’s recent publications include “Caught in the Crossfire: African American Children and the Ideological Battle for Education in Reconstruction Tennessee” (Children and Youth During the Civil War Era, New York University Press, 2012, James Marten, ed.) and “Why The Constitution is Essential” as part of State Policy Network’s We The People series.

He has been invited and has written various forwards and introductions to scholarly works. Such publications include Riot and Resistance in County Norfolk, 1646-1650: The Road to Rebellion in Seventeenth-Century Britain; The Impact of the English Colonization of Ireland in the Sixteenth Century: A “Very Troublesome People”; and the upcoming The Federalist Papers: A Reader’s Guide.

He has written articles and reviews for such publications as American Diplomacy, Chronicles, Constituting America, H-Civil War, Imaginative Conservative, Journal of Mississippi History, Tennessee Baptist History, Tennessee Historical Quarterly, Tenth Amendment Center, and The Journal of the North Carolina Association of Historians. He has also contributed to Exploring American History: From Colonial Times to 1877; Encyclopedia of American Environmental History; and The Old West: Yesterday and Today. He has served as editorial assistant for the Journal of East Tennessee History and has a monthly column for Carolina Journal.

His commentaries have appeared in major North Carolina newspaper outlets, and he has been interviewed for several North Carolina talk-radio stations and news programs. He also has blogged for History News Network.

Kickler is on the Board of Trustees for the North Carolina Natural Heritage Trust Fund.

Gold mining was once big part of N.C. economy

An unexpected discovery in 1799 launched a major chunk of the state's economic history.

North Carolina has a tangible tie to the war that preceded America's bid for independence.

In history books, Anti-Federalists often are depicted as losers during the constitutional ratification debates. But in many ways, they were…

Those who value the U.S. Constitution's Bill of Rights should give some credit to a North Carolinian.

How North Carolina Came To Be Shaped Like It Is Today

A concern about concentrated power helped shape the state's geography.

How North Carolina Came To Be Shaped Like It Is Today