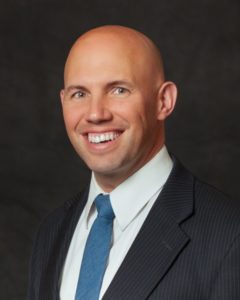 Joseph Coletti is a senior fellow studying fiscal and economic policy at the John Locke Foundation. He worked in the Office of State Budget and Management in the administration of Gov. Pat McCrory. Before joining the McCrory administration, he was director of health and fiscal policy studies at JLF. His writings have appeared in numerous national and state publications. He has appeared on radio and television shows and has presented to national organizations. Coletti’s policy contributions have had direct impact in health care, state budgets, and pension reform.
Before joining the Locke Foundation, Coletti was with the U.S.-Japan Business Council in Washington, D.C., and J.D. Power and Associates in Detroit and Tokyo.
Coletti received a bachelor’s degree from the University of Michigan and a master’s degree from the Johns Hopkins University Paul H. Nitze School of Advanced International Studies (SAIS). He lives in Cary with his wife and their two children.

Remove barriers instead of erecting new ones

The sustained increase in home prices has a straightforward cause: North Carolina has built far fewer homes, especially small homes,…