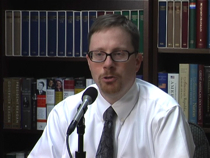 Carolina Journal Radio has been documenting, dissecting, and analyzing politics and public policy for nearly 10 years. In this 500th edition of Carolina Journal Radio, you’ll hear highlights from some of the well-known guests who’ve shared their thoughts and insights on the program. They include Steve Forbes, P.J. O’Rourke, Bill Kristol, Walter Williams, Peggy Noonan, and John Stossel. Next is a look at North Carolina’s public school testing quagmire. John Locke Foundation Director of Research and Education Studies, Terry Stoops, updates the constantly changing testing policy from the state Board of Education. Stoops gives us the latest twist announced at the most recent board meeting and discusses the negative impact of the changes on parents and taxpayers. That’s followed by comments about the so-called fiscal cliff. As the federal government approaches the cliff, some politicians and public figures in North Carolina are rallying behind a campaign called Fix the Debt. It’s designed to address the mismatch between government spending and revenue, primarily through higher taxes. You’ll hear from two former governors who support the campaign — Democrat Jim Hunt and Republican Jim Holshouser — along with former Glaxo CEO Bob Ingram. While taxes and tax rates steal the headlines, many small businesses are just as concerned about the potential for more burdensome regulations in the months ahead. Gregg Thompson, North Carolina state director for the National Federation of Independent Business, discusses NFIB’s concerns about the impact of the federal government’s regulatory excess. And finally, John Locke Foundation President John Hood explains what the “fiscal cliff” means and the problem plaguing Congress and the President as the deadline for action on entitlements and tax policy looms.