Why is a Wake County Judge Controlling K-12 Policy? 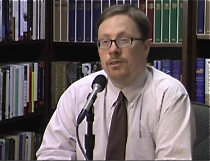 Questions are swirling around North Carolina’s program for kids in the pre-kindergarten age range. Gov. Beverly Perdue has issued an executive order telling legislators they must expand the program, and a Wake County judge seems to be backing her up. John Locke Foundation Director of Education Studies Terry Stoops looks at Judge Howard Manning’s role in the Leandro education litigation and discusses what the judge’s end game might be and what legislators might do. Then we turn to property rights. Advocates won a major victory in North Carolina this year when state lawmakers voted to reform the state’s annexation law. Andrew Taylor, professor of political science at N.C. State University, hopes lawmakers will deliver soon another property-rights victory. Taylor explains why North Carolina should reverse a recent expansion of the so-called “quasi-judicial process” for many local government land-use decisions. That’s’ followed by a look at the mechanism to keep a check on government. Republican legislators recently condensed the number of legislative oversight groups for state business. That doesn’t mean the GOP is uninterested in legislative oversight. Rep. Nelson Dollar, R-Wake, touted the benefits of oversight during a discussion with a newly constituted legislative group focusing on health care issues. Next we turn to school reform. Most politicians and pundits talk about the need for education reform. Still, little seems to happen on that front from year to year. John Redmond, retired director of executive education at UNC-Greensboro’s Bryan School of Business and Economics, shares his theories about the reasons for the “glacial pace” of school reform. And finally, the N.C. Board of Elections has directed the Town of Chapel Hill to stop issuing “rescue” funds to local candidates who participate in the town’s taxpayer funded election campaign program. John  Locke Foundation Director of Legal and Regulatory Studies Daren Bakst explains why a recent U.S. Supreme Court ruling all but required the state to take the action. He also discusses what may be ahead for the state’s involvement in taxpayer financing and why the concept is flawed.