Bowling alleys are finally allowed to reopen in North Carolina. But for small town operations like Fairwood Lanes in Roanoke Rapids, the governor’s permission slip may be too little, too late.

The financial strain is crippling, Fairwood Lanes owners Elizabeth and Timothy Robinson tell me Wednesday, Sept. 16, when I visit to watch their Superheroes league, a group for bowlers with special needs. The last time I dropped by Fairwood it was July, and the Robinsons were locked in a legal battle with Gov. Roy Cooper over his prolonged COVID-19 shutdowns. Fairwood Lanes, along with bowling alleys across the state, reopened after Judge James Gale issued a preliminary injunction in their favor. The Robinsons rejoiced. But, one week later, the N.C. Supreme Court ordered bowling alleys to close again while it reviewed an appeal from Cooper. Democrats hold a 6-1 majority on the state’s highest court — two of those Democrats are Cooper appointees — giving the governor a partisan edge.

The Robinsons had to shutter things indefinitely. The blow was devastating.

When Cooper finally moved the state into a modified Phase 2.5 on Sept. 4, bowling alleys could reopen. But Fairwood was closed for so long the damage was done, the Robinsons say. They’re nearly $2 million in debt, Elizabeth tells me. The couple works in real estate development. They’re trying to sell 60 properties just to make ends meet at Fairwood.

Elizabeth is concerned, too, about social distancing and masks, which are required under Cooper’s orders. The governor made the rules but left businesses to enforce them.

“I’m just afraid it’s going to be a disaster,” Elizabeth says. She spent thousands of dollars on renovations to ensure social distancing. Fairwood now features sanitizing stations, Plexiglass dividers, and limited lanes to keep bowlers separated. Staffers wipe down every pair of shoes, every bowling ball, and every table after use. Elizabeth requires masks for all staffers.

It’s up to customers to follow the rules, Elizabeth says. But in this small town 100 miles from Raleigh and the governor’s mansion, it’s tough to make people comply. She understands their discomfort, but she’s afraid of another forced closing.

So is Jennifer Clapton, whose autistic 22-year-old son, Jordan, loves to bowl with the Superheroes league. Jordan awoke at 6 a.m. Wednesday and waited for his 4 p.m. bowling date. Now he’s throwing balls down the wooden lanes, smiling, chatting with his friends.

Clapton smiles behind her mask, but a layer of caution mutes her excitement.

“I’m just worried about what happens if Cooper shuts everything down again,” she says.

Jordan’s only social outlet is Fairwood Lanes, Clapton says. And while she’s cautious about health and safety during the pandemic, she’s equally concerned about her son’s mental wellbeing. For months, Jordan stayed home, isolated from everyone but his family. He watched TV, played word games, and occasionally went to Walmart. But he missed socializing. 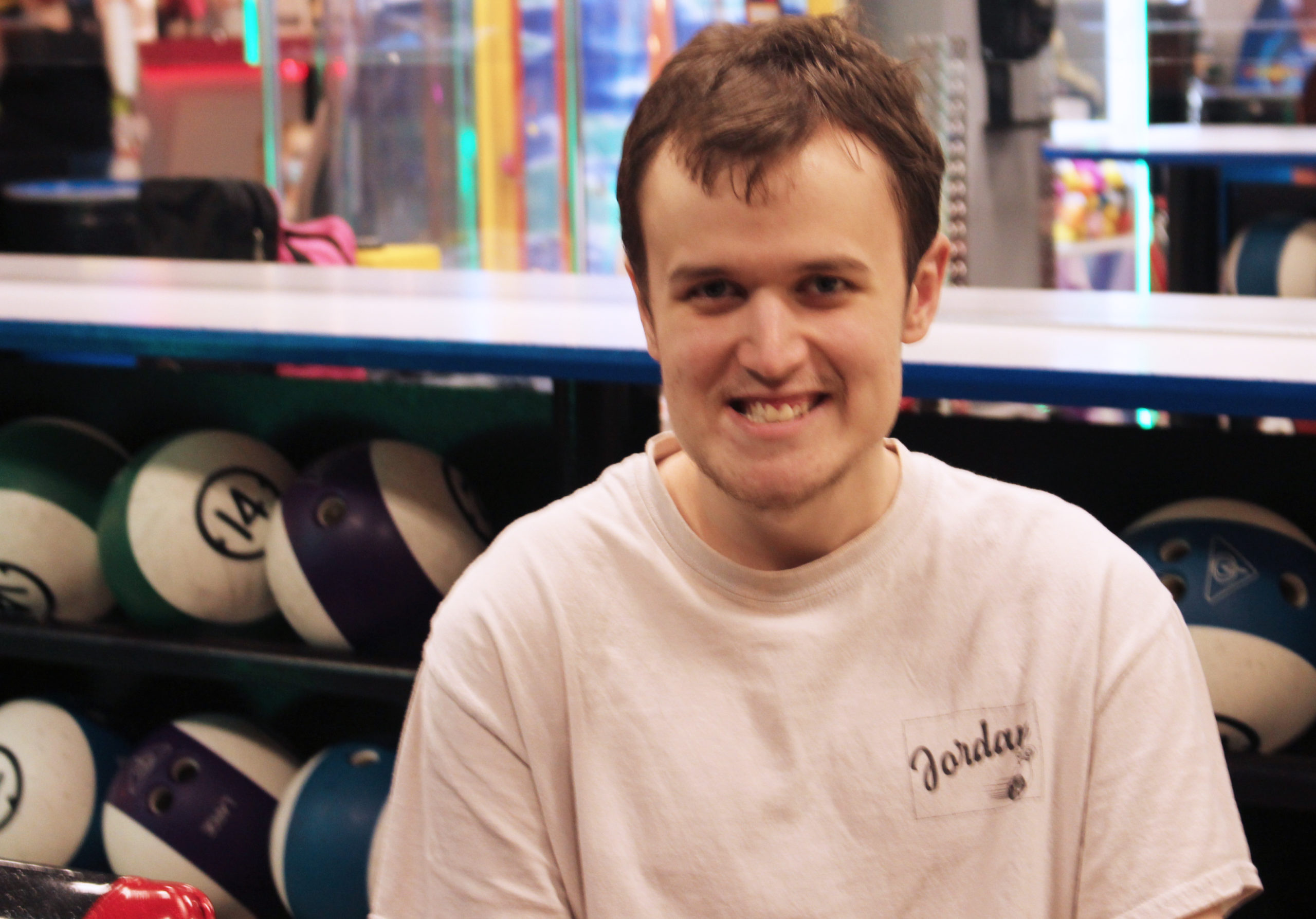 Jordan Clapton is happy to be back at Fairwood Lanes, but the owners, Elizabeth and Timothy Robinson, are feeling more cautious. (CJ Photo)

Just try explaining to Jordan why he can go to Walmart, but his favorite bowling alley — warm, welcoming, and safe — is off limits, Clapton says.

“I get that there’s a pandemic, but at this point, life has to go on,” Clapton says. “I’ll wear a full body suit as long as I can just get on with things.”

Clapton wrote me a note after my Sept. 16 visit to Fairwood Lanes. “The smiles and laughter today are what I wish the governor could see,” she wrote. “I guess until you have a special needs child you can’t appreciate how huge an impact Fairwood Lanes is making with this league.”

If people start getting sick with COVID-19 after bowling at Fairwood, then shut it down, fix it, and start over, Clapton wrote.

“But if he (Cooper) shuts it down again otherwise, I’m gonna be standing on his porch waiting for an explanation!”

Cooper’s orders, which continue to block movie theaters, bars, lounges, and concert venues from opening, seem arbitrary and confusing to many, Clapton included. In March, the governor said his goal was to “flatten the curve” of coronavirus cases. But the goalposts have moved many times since. In May, Cooper told the public he wanted to lower the state’s percentage of positive cases to 5%. North Carolina hit that number last week, but Cooper still didn’t reopen the economy. During a news conference Thursday, Sept. 17, a reporter asked Cooper what “tangible metric” he was now aiming to hit before fully reopening the state. The governor’s answer was cautious and noncommittal.

“We’ve stabilized, but we want to see numbers keep decreasing,” he said.

That’s not a comforting answer for small business owners skittish about Cooper’s arbitrary decision-making. But a recent federal court ruling in Pennsylvania could give them a legal precedent to follow if the governor closes the economy again.

“The Constitution cannot accept the concept of a ‘new normal’ where the basic liberties of the people can be subordinated to open-ended emergency mitigation measures,” Stickman wrote in his 60-plus page opinion.

Like Cooper, Wolf placed limits on indoor and outdoor gatherings, and closed “nonessential businesses” to slow the spread of the virus. Wolf has appealed the ruling. It will head to the 3rd U.S. Circuit Court of Appeals, and could go to the U.S. Supreme Court.

The outcome in that case could affect businesses that remain closed in North Carolina. I emailed Cooper’s press office Thursday, asking if Stickman’s decision gives the governor pause to reconsider his use of emergency powers. I got no response.

The Robinsons reduced their staff from 30 people to six. They reopened Wednesday with a limited menu and reduced operating hours. There’s no money to sustain things if Cooper changes his mind, Elizabeth says.

She adjusts her brightly covered mask and looks toward the door, where a handful of people are traipsing in. Even her regulars have been hesitant to return, she tells me. Some are concerned about safety. Others just don’t want to bowl in a mask.

“Will we even have enough customers to stay open?” Elizabeth says. “I just don’t know.”