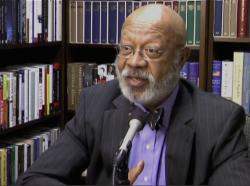 If you’ve heard much media coverage about the consumer loan industry, chances are good that the coverage has been negative. Critics use the words “predatory lending” to label the industry as harmful. The N.C. House voted 61-54 this month to approve legislation lifting existing state caps on consumer loan rates. Harold Black, James F. Smith Jr. Professor of Financial Institutions at the University of Tennessee, supports lifting the caps. He discussed the consumer loan industry with Mitch Kokai for Carolina Journal Radio. (Click here to find a station near you or to learn about the weekly CJ Radio podcast.)

Kokai: First of all, when we’re talking about the consumer loan industry, or what some people call predatory lending, what are we really talking about?

Black: Well, actually, what we’re talking about is what I like to refer to as the high-interest-rate loan industry. And that’s the one that has been characterized as predatory simply because of high APRs — annual percent rates — on interest. That’s the reason why.

Kokai: Why are there higher interest rates than what folks would normally see from a typical bank?

Black: APR is just a terrible metric to use to measure lending cost. Here’s the reason why: APR assumes that you write a loan for one year, and you pay on that loan for one year, and the interest charges reflect that. However, if you have a shorter-term loan, APR assumes that if you have, for instance a two-month loan, and calculate an APR — which is an annual percent rate — that assumes that you take that loan and refinance it every other month for an entire year in order to get that rate. But if that loan matures in two months and you pay that, we find that consumers are interested in the cost of the loan and not the APR.

So, generally speaking, we do not find these charges in this total cost to be unreasonable. Quite the contrary. They are actually so reasonable that your traditional lenders, your banks, won’t make these loans because, look, here’s the way the mathematics work. I can charge a small fee, like an application fee, of perhaps $10. That will translate into an APR, almost automatically, as triple digits for a short-term loan. So a $10 fee turns out to generate an APR of, let’s say, 150 percent. You tell people it’s 150 percent; they’ll say that’s outrageous. Well, it certainly would be outrageous on a loan of that amount for a one-year period, and those are not the type of loans that this small consumer loan industry makes.

Kokai: Before we go forward, let’s just give people a brief example about how much of a loan we’d be typically talking about, and what would be the charge — not the rate — but the actual charge.

Black: You’ll have to go to particular lenders to get particular specifics. But what we’re talking about are typically loans that are less than $1,000 and loans that mature in less than one year. One of the interesting things about the North Carolina current law is that these lenders aren’t even allowed a late fee. If you decide that you’re not going to pay on time, they can’t assess that. But even if they could assess that, if you then factor that into the cost of lending, it would exceed the usury standard that’s imposed on this type of lending in North Carolina. There wouldn’t be an exception given for that late fee.

Kokai: And not only is there no late fee, but there is also a cap on the amount of the charge as well because of this APR issue that you mentioned.

Black: That is absolutely right. And by the way, for those people who are interested in history, caps on consumer lending constitute the most common work of legislatures since recorded history. We have quotes from Aristotle on this. We have quotes from great American thinkers … on this issue. … We have actually a very famous foundation called the Sage Foundation that studied this at the turn of the century, and as a result, got two-thirds of the states’ statutes changed with regard to lending ceilings on consumer loans. Now here’s the thing that I find ironic. If you read that history and read the report of the Russell Sage Foundation, you will see that they find, at the turn of the century, that a loan for consumers should reasonably be priced at 3 to 3½ percent per month. That translates into an APR of 36 percent. Now, given all of the changes in costs over all of these years, isn’t it ironic that last year, introduced into the U.S. Congress, was a national usury ceiling of 36 percent, and the cap in North Carolina is very, very close to that, today, after all of these years? Isn’t that ironic?

Kokai: Very interesting and ironic. If we were going to have this industry operate in the best way possible for consumers, what would we do differently than we do today?

Black: All of the research shows that these sorts of caps — and when you impose those caps, you actually decrease the wealth and well-being of the people who you are intending to protect — the research shows that there are higher bankruptcies. It shows that people become worse off financially. It shows strife within families, increases in divorce, increase in debt burdens. And the ironic thing is that the research also shows that when those caps are lifted, that people become better off and actually reduce their debt. And those are things that need to seriously be considered by the public — in that legislation usually trying with the intent of helping people actually turns out to hurt them and make them worse off.

Kokai: Another case of the law of unintended consequences.