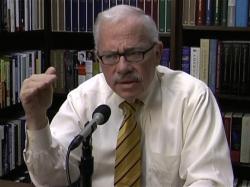 Recent federal court decisions have meant good news for those who support Americans’ Second Amendment right to bear arms, but that doesn’t mean the fight to protect gun rights is over. Bob Barr, former Republican U.S. representative from Georgia, 2008 Libertarian Party presidential candidate, and National Rifle Association board member, discussed the future of the Second Amendment with Mitch Kokai for Carolina Journal Radio. (Click here to find a station near you or to learn about the weekly CJ Radio podcast.)

Kokai: Let’s remind people about the recent court cases that have meant good news for people who support the Second Amendment.

Barr: There is some good news, but I’m glad that you introduced the topic by cautioning people not to get overly complacent about it. We have, in the last two years, two very important Supreme Court decisions relating to the Second Amendment. Of course, the seminal case was the Heller case out of the District of Columbia, decided in 2008, which laid the basic foundation that the Second Amendment really does mean what it says, and that is that you have — you, an individual in this country — have the right to keep and bear arms. It dusted away — blew away all this nonsense that it’s a collective right. So that was good.

Of course, the court left open all sorts of areas in which state and local governments can still wreck mischief on the Second Amendment. Well, the next case that we had was … the McDonald v. Chicago decision. … That took the Heller decision to the next level down. Can a state government or a local government — the City of Chicago acting under authority from the state — limit the Second Amendment, or is it bound like the federal government is to respect the right to keep and bear arms and not infringe it? The court, by a similar majority, 5-4, ruled that the ban in Chicago, similar to the ban in the District of Columbia that was struck down by Heller, was, in fact, unconstitutional. So we have those two decisions within the last two years — Heller and McDonald — that at least give us a benchmark from which to argue against a number of still-existing limitations and future attempts to limit the Second Amendment.

Kokai: Now, that’s the good news, but one of the reasons that you’re speaking out about the Second Amendment is that there are still plenty of challenges. What are some of them?

Barr: The challenges to the Second Amendment come in basically three areas, I’d say. One is that state and local governments will continue, particularly in what I call the “nanny belt,” stretching from Massachusetts and New York through Chicago and Illinois and then over to the left coast, where you have governments that are constantly and proactively looking for ways to limit freedom, not just firearms, but especially firearms … governments, because of the looseness of both the Heller and particularly the McDonald decision, will continue to try and thwart its intent. We saw this happen in the District of Columbia immediately after the Heller decision. And in Chicago, Mayor Daley, immediately after the McDonald decision striking Chicago’s gun ban, vowed to and introduced and pushed local legislation to make it, as a practical matter, impossible to carry out McDonald or Heller. So we’ll continue to see state and local government in parts of the country continue to do that.

The second area that poses a danger to the Second Amendment is one that many people don’t realize, and that is international. The United Nations since the mid-1990s has been engaged in a relatively quiet but very serious, long-term effort to involve itself, the United Nations and its member nations, in domestic gun control. They do this under the guise of talking about international trafficking in firearms.

The third area that should be of concern to us is in the regulatory arena. Firearms, as you know, are probably the most heavily regulated and limited of all commercial commodities. There are numerous federal laws and regulations, thousands of state and local laws and ordinances that limit firearms, and people pay not enough attention. Unless you’re a firearms retailer, for example, most times you don’t — or an exporter or an importer — you don’t pay a lot of attention to that, but the federal effort, whether it’s under Republican or Democratic [initiative], through the regulatory mechanisms and power of ATF, continues to push the envelope of limiting access by citizens to firearms.

Kokai: You’ve set out the challenges. What can be done, or what needs to be done to ensure that those challenges don’t end up hurting our Second Amendment rights?

Barr: People need to pay attention. They cannot get complacent simply because we in the South — in Georgia, where I’m from, and here in North Carolina — we have governments generally that are respectful of the Constitution and in particular of firearms rights, but it can be very insidious, the move against it. It can come by local governments doing something as silly as — well, in some areas around Atlanta, we have local governments that prohibit BB guns, for example. Local governments are constantly looking for ways to expand their power. “Protect the children, therefore we can’t have shooting ranges, firing ranges, we can’t have guns, we limit hunting,” and so forth.

Barr: The Second Amendment was placed in the Constitution to guarantee the right not just to hunt, not to own a firearm for sporting purposes, not to own a firearm as a collector. Those are all very important reasons why a lot of people own firearms. It was placed there as a fundamental recognition that it is a basic human right, a natural right of mankind, to be able to protect themselves, and the way that that was done in the 18th century, when the Constitution was crafted, was through the use of firearms, and that remains true today. It is a fundamental freedom of a human being to defend oneself, and the right to keep and bear arms gives real-world effect to that fundamental right.