But his parents shunned his advice.

Mark Harris is in a legal skirmish to be seated in Congress. In the third day of a State Board of Elections evidentiary hearing, opposing lawyers argued Mark Harris either is naïve and too trusting — or so politically ambitious he would hire Dowless without considering his criminal background and sketchy electioneering history.

“I was right, unfortunately for all of us,” the 29-year-old John Harris said of his parents’ decision to defer to those who vouched for Dowless’ integrity, and the promises Dowless made to run a clean and legal absentee vote-getting operation. “I think they were lied to, and they believed the person who lied to them,” John Harris said of his parents.

Mark Harris is expected to testify Thursday in an attempt to persuade the elections board to certify him the winner in the last undecided congressional election in the country. The board could order a new election after investigators uncovered a series of irregularities witnesses have testified about since Monday. Or it could deadlock, forcing the U.S. House of Representatives to handle the dispute.

The younger Harris’ appearance was a surprise. Neither Mark Harris nor attorneys for either side were aware he was going to testify. The elections board hasn’t published its witness list and has ordered witnesses not to tell anyone they received subpoenas.

John Harris testified for several hours about telephone calls and email exchanges he had with his father expressing concern about hiring Dowless. Harris said after his parents hired Dowless anyway, he didn’t press the issue further.

He said he was uncomfortable consultant Andy Yates of Red Dome Group paid Dowless without requiring any documentation of what work was done or at what rate.

John Harris said his concerns about absentee voting campaigns in Bladen County began before he knew Dowless was running them. When Mark Harris lost the 9th District 2016 Republican primary, he got four absentee by mail votes. Third-place finisher Todd Johnson got 214 mail votes, and incumbent Robert Pittenger got none.

In an April 7, 2017, email to his father, John Harris noted 22 percent of the district’s absentee mail votes came from Bladen County, yet Bladen accounted for just 2 percent of all election day and one-stop votes districtwide.

John Harris said he told Yates that Dowless was a shady character. John said he was disturbed to learn — after the election wasn’t certified — that Yates provided so little oversight to ensure Dowless was working by the book.

This contradicted earlier testimony from Yates, who said Wednesday morning John Harris never mentioned concerns about Dowless. Yates said he was unaware Dowless was embroiled in election irregularities in the 2016 election, or that he had felony convictions.

Dowless was working for Mark Harris before Yates was hired, he said, and Dowless was given a wide berth for his operations. Yates said he didn’t know all the mechanics of Dowless’ work arrangement with Mark Harris.

Yates said he paid Dowless a little more than $100,000, or about 5 percent of the total Harris campaign spend. Dowless did work in three counties. He recruited paid poll watchers. He set up political events and a victory party. His workers placed and retrieved signs.

Mark Harris’ campaign still owes Yates about $50,000, he testified. He said he hasn’t had a conversation with Harris since the elections board refused to certify the race. 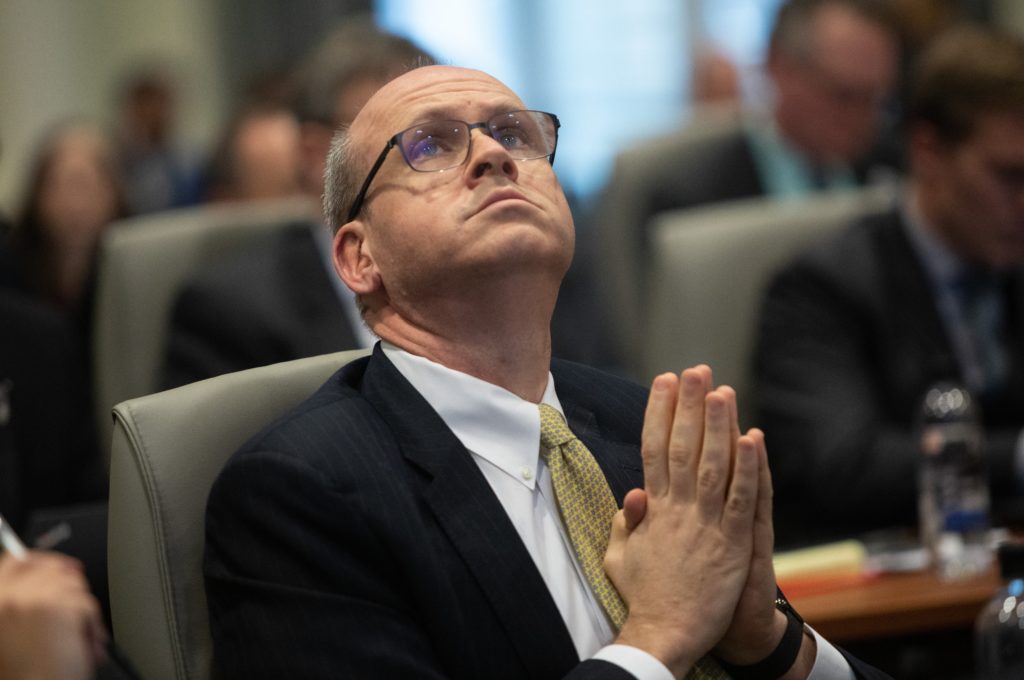 Harris lawyer David Freedman had a different take. He said the younger Harris’ testimony showed Mark Harris was a principled and honest man. John Harris testified his father would have fired Dowless if Harris believed the operative was breaking the law.

“I think he’s much too trusting,” Freedman said. “He made a terrible judgment in  this case.” But he said people in Bladen County are still calling to express their belief in Dowless, and that it’s unfair to hold Mark Harris to a standard higher than that of county officials and state lawmakers who used his services in the past believing he was an honest power broker.