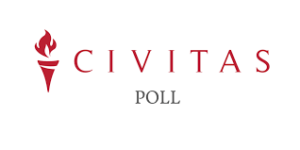 Most North Carolina voters think the media has covered Robert Mueller’s investigation too much, but a majority also approve of Mueller’s performance as special counsel.

Harper Polling conducted the statewide survey from May 2 to May 5. Using a live-caller model, surveyors reached 500 likely voters. The margin of error is plus or minus 4.38%.

The survey asked a series of questions related to national and state politics, as well as how people felt about the direction in which the country and North Carolina are heading.

Typically, King said, when people are happy with the economy they’re happy with their elected officials and the direction of the country. Yet despite the strong economy, a majority of respondents think the U.S. is headed in the wrong direction.

“To me this means it’s about news coverage,” King said. “I think what you’re seeing is people are seeing a lot of protests, seeing the rise of socialism and AOC, and seeing things that concern them.”

“People are more optimistic and are happier with what is happening in North Carolina versus nationally, which I think speaks to what they are seeing in news coverage,” King said. “We’re not seeing as much news coverage of unrest. Moral Mondays aren’t going on every week. People are feeling a little more stabilized because North Carolina’s economy is going so well.”

Approval ratings for Gov. Roy Cooper continue to be higher than those of President Trump. Fifty-six percent of respondents approved of Cooper’s job performance, and 29% disapprove. Trump’s approval and disapproval ratings are even — 47%.

A few questions from the poll focused on Mueller’s investigation into Russian interference in the 2016 presidential election. Fifty percent of respondents approved of Mueller’s job performance, but just 22% disapproved.

King said people were likely getting fatigued over the constant coverage of the Mueller investigation. She likened it to how the media covered the investigations into the Clinton administration.

A majority of respondents think the state of the environment, in North Carolina and the United States, has worsened over the past 10 years.

Donald Bryson, president of the Civitas Institute, said despite all the environmental programs and regulations people think the environment is less clean than it was a decade ago. He blames part of the disconnect on media coverage.

“The environment is like the economy; people only hear about it when something goes wrong,” Bryson said.

King said coverage over GenX water contamination probably contributed to negative feelings toward the state of the natural environment. The word “clean” wasn’t defined in the poll, so respondents had to find their own definition of what its means to have a clean environment.

The Green New Deal got a shoutout in the poll, although plurality of respondents were unsure about how they feel about the legislation. While 36% opposed the legislation and 25% favored it, 39% said they were unsure.

“The Green New Deal question shows there is a soft partisan divide on the issue. The opposition is strong among Republicans, voters who choose a Republican on the generic ballot for Congress, and conservatives,” Bryson said in a news release. “Meanwhile, support is relatively weak among Democrats, voters who want a Democrat on the generic Congressional ballot, and liberals.”

On May 1, thousands of teachers took to the streets of downtown Raleigh for the N.C. Association of Educators teachers’ march. Findings from the May 14 Civitas Poll suggests fewer people were aware of the event, as compared to last year’s march.

A little more than 70% said they were aware of the NCAE teacher march; 29% said they didn’t know about it. The march and rally resulted in 34 school districts closing so teachers could participate in the event. A majority of respondents — 54% — viewed this decision as favorable, compared to 36% who opposed the move. Favorability toward the school districts closing fell along party lines. Democrats were more like to view the decision favorable, as compared to Republicans.

The state spends more than $9,400 on per-pupil spending, but 55% of respondents said it isn’t enough. Only 29% said it was enough money to spend on a per-student basis.