The latest Elon University Poll shows Gov. Roy Cooper gaining the support of nearly half of N.C. voters, President Donald Trump’s approval rating up but still not enough to overcome significant opposition, and widespread skepticism that recent rhetorical jabs between the Trump administration and the government of North Korea will lead to nuclear conflict over the next year.

The survey of 771 registered voters, taken Nov. 6-9, also shows scant middle ground among Republicans and Democrats on many questions. 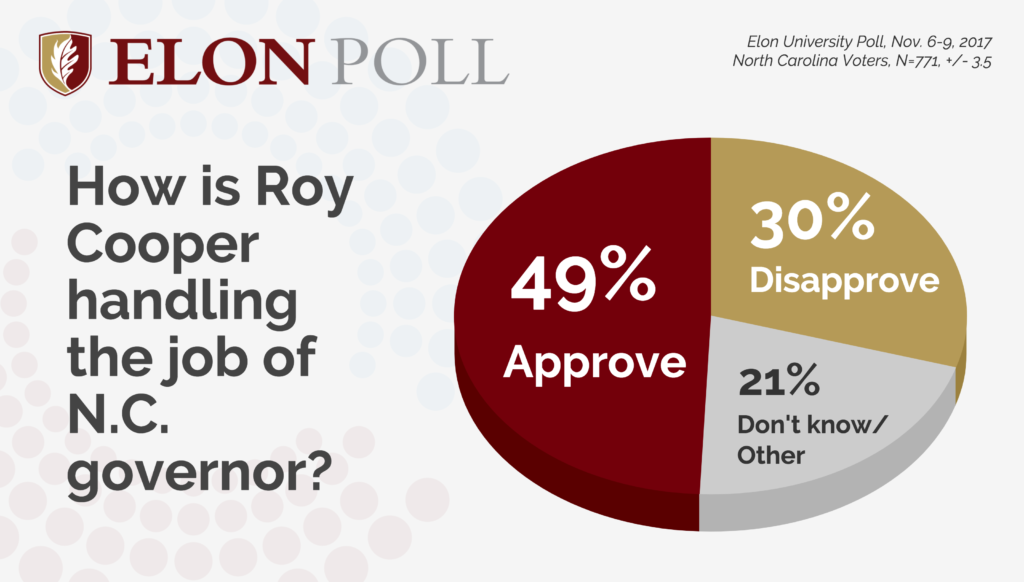 The poll found 52 percent consider the investigation by former FBI Director Robert Mueller of possible Russian interference in the 2016 election a serious matter, with 39 percent calling it mere politics. 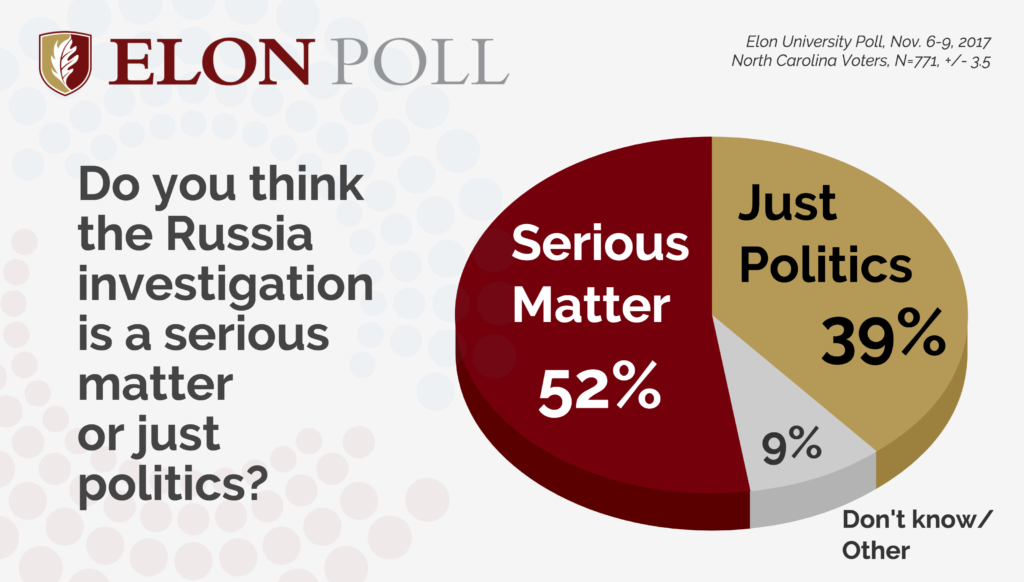 Even so, more than half those surveyed (52 percent) said media coverage of President Trump was biased against him, while 44 percent said it wasn’t. 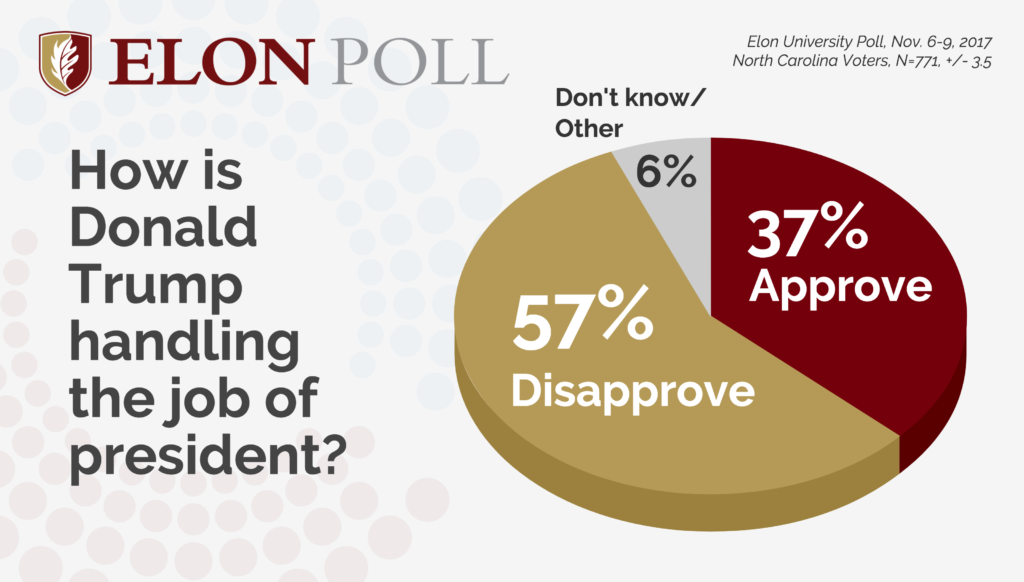 North Carolina’s Republican U.S. senators don’t fare well in the survey, either. Richard Burr has the approval of 31 percent of voters, with 40.5 percent disapproving. Thom Tillis is underwater as well, with 28 percent approving, 41 percent not approving, and 30 percent expressing no opinion.

The poll shows stark partisan differences among respondents. For instance, on the question of nuclear war between the U.S. and North Korea within the next year, 41 percent of Democrats said it’s likely, while only 11 percent of Republican and 15 percent of independents agreed. 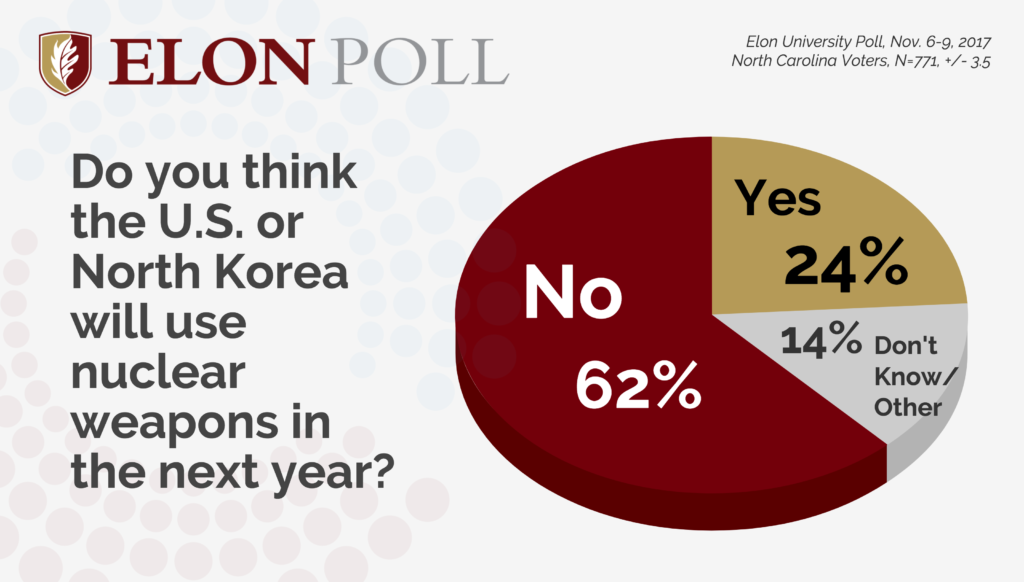 On the Russia probe, 77 percent of Trump supporters said the investigation was “just politics,” while 81 percent of his opponents called it a “serious matter.”

The full poll results, including cross tabs, are here.