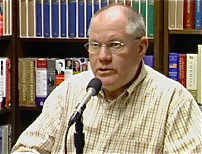 Recent stories published in Carolina Journal and the Raleigh News & Observer have focused the public and federal and state investigators on former governor Mike Easley’s relationship with friends and campaign contributors. Carolina Journal executive editor Don Carrington discusses his investigations into Mr. Easley’s activities and provides a recap of the multiple stories and issues that remain unresolved. Next, some North Carolina lawmakers believe taxpayers should foot the bill for more election campaigns. They say public, or taxpayer, financing of candidates would lead to cleaner elections. Bradley Smith, chairman of the Center for Competitive Politics and former chairman of the Federal Election Commission, disagrees. He explains the legal and constitutional problems associated with taxpayer-financed elections. Then we turn to higher education. We hope our colleges and universities devote their resources to educating young people, but Jane Shaw, president of the Pope Center for Higher Education Policy, says evidence suggests a school’s reputation is just as important — if not more important — than its education. Shaw shared the evidence during a recent presentation to the John Locke Foundation’s Shaftesbury Society. That’s followed by a look at the state’s new smoking ban. The N.C. House and Senate have both endorsed a new ban on smoking in public settings and workplaces. The debate over the smoking ban has involved disputes involving health, property rights, even the economy. You’ll hear highlights from a recent legislative debate on the topic, including comments from smoking ban supporter Rep. Hugh Holliman, D-Davidson, and opponent Sen. Eddie Goodall, R-Union. Then the John Locke Foundation’s Daren Bakst explains his opposition to a ban, which he views as a massive intrusion on personal rights and the freedom to choose.