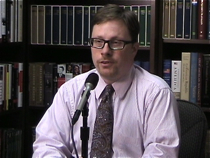 The message from North Carolina’s education establishment and teacher union is that public school teachers are unhappy and on the verge of a mass exodus. But Dr. Terry Stoops, the John Locke Foundation’s director of research and education studies, says to ignore the rhetoric and focus on the state’s real problem: recruiting and retaining teachers in high-demand subject areas such as science and math. He discusses ways to address the problem. Then we turn to politics. National political pundits are watching North Carolina, as voters prepare to select a U.S. senator in November. Executive director Joe Stewart and research director Matt Bales of the N.C. FreeEnterprise Foundation discuss key factors influencing that Senate race. Stewart and Bales also share their thoughts about other top contests on North Carolina’s November ballot. Next, we delve into the possibility of a change to state unemployment law, which would require people seeking benefits to spend more time looking for new jobs. You’ll hear highlights from a legislative debate about the potential impact of new job-search requirements. That’s followed by a look at a key fiscal issue facing North Carolina. Lawmakers could open up state pension investments to more scrutiny, but the idea is drawing fire from the State Employees Association of North Carolina, which contends that proposed reforms fall short of the mark of real transparency. A state House committee recently heard the pros and cons of the proposed changes. And finally, a recent U.S. Supreme Court ruling limited the power of unions to ensnare, against their will, health care aides in Illinois who receive Medicaid money to care for their family members at home. George Leef of the Pope Center for Higher Education Policy explains what the ruling in Harris v. Quinn means, and why some union leaders fear it could lead to even more decline in their membership.