North Carolina’s junior U.S. senator and seven of the Republicans who served in the last Congress earn “Taxpayer Super Hero” ratings. That’s according to the latest calculations from the Council for Citizens Against Government Waste.

The group’s 2020 Congressional Ratings, released this month, name Sen. Thom Tillis as one of 10 Senate “Taxpayer Super Heroes.” That means Tillis earned a perfect score of 100 on 11 votes the council graded last year.

Seven N.C. representatives were among the 80 members of the U.S. House of Representatives to earn “Taxpayer Super Hero” status. They scored 100 on 35 votes the council monitored in 2020.

Meadows left the House during the last session of Congress to serve as then-President Donald Trump’s chief of staff. After the latest redistricting plan shifted his home district, Walker did not run for re-election.

Both the House and Senate featured more superheroes in 2020 than 2019. In the Senate, the number climbed from six to 10. In the House, the number jumped from 27 to 80.

Even the Republicans who did not win “Taxpayer Super Hero” status fared relatively well in the latest ratings. U.S. Reps. Greg Murphy of the 3rd District and Ted Budd of the 13th District scored 97 out of 100 in the council’s ratings. Rep. George Holding of the 2nd District scored 94. Like Walker, Holding decided not to run for re-election after the redrawing of North Carolina’s congressional map. 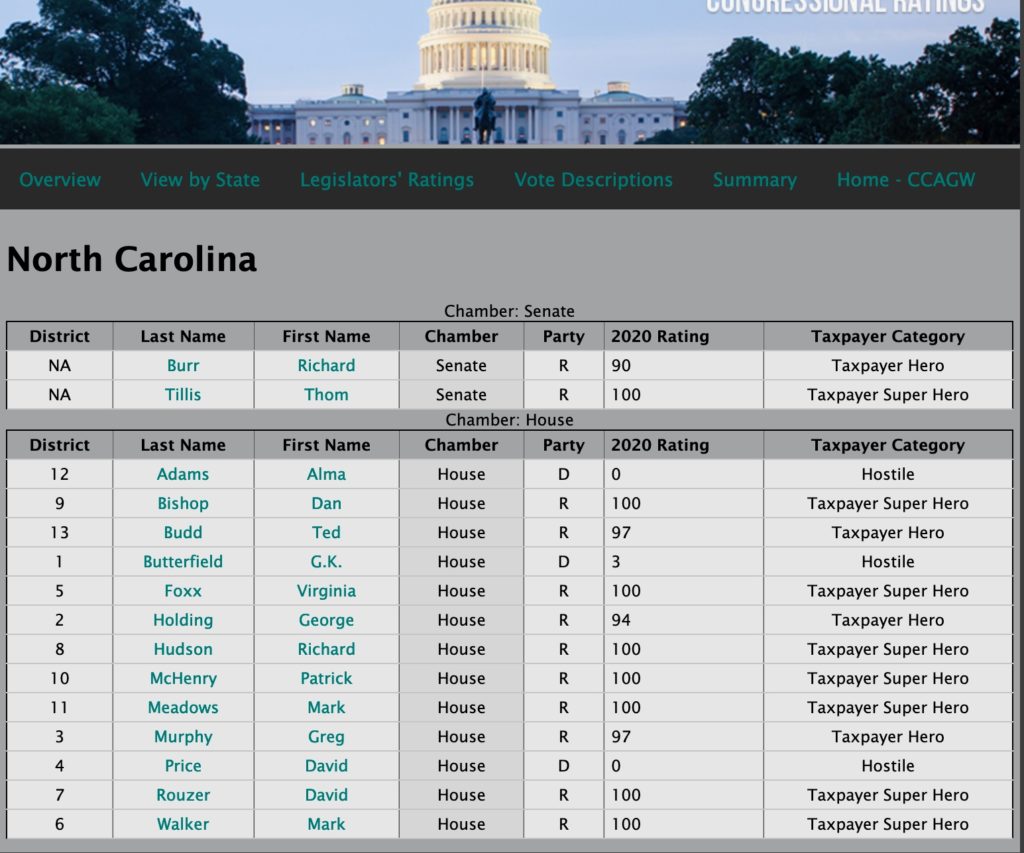 Claims about disproportionate benefits fall flatter than the flat tax